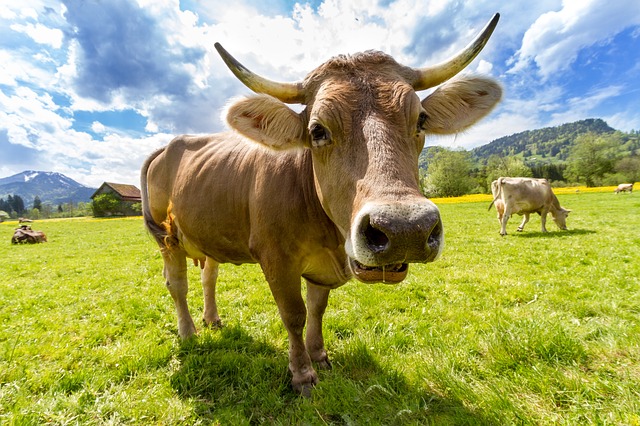 In the early stages of language learning, a little goes a long way. By this I mean it's important to have some basics in the new language to give you some context and some examples to work with when you then go and try to learn the structural patterns of language. Let's look at an example:

I'm so hungry I could eat a whole cow.

This seems like a pretty basic sentence in English. It uses standard introductory vocabulary, such as "hungry," the verb "to eat," and the animal "a cow." But this sentence provides several structural examples that could be usefully applied in other contexts.

First of all, we learn that physical experiences are expressed using the verb "to be." We say "I am hungry," and we contract the first element to "I'm." Other languages, such as Spanish or German, would use an expression like "I have hunger." In English, we can apply the same structure to other physical experiences: "I'm thirsty," "I'm tired," or "I'm happy."

The expression "I could eat" is a common way of expressing ability in English. We think of this as being very simple, but this uses an example of the conditional mood, represented in the verb form "could" which comes from the modal auxiliary verb "can." In many language classes, you would not learn the subjunctive or conditional until weeks, months, or even years into the program. Looking at this example from English, however, we would not think of the conditional as being particularly advanced or complex; we use it all the time in colloquial speech. This expression of ability could be extended in many other ways: "I could sleep for days," "I could jump over the moon," or "I could do that."

The last element in our example - "a whole cow" - shows us how to use adjectives and direct objects. "I could eat a whole cow" is a single independent clause within SVO word order, which is standard for English. We can apply this word order to an infinite number of possible sentence constructions. We know that adjectives typically come before the nouns they modify, as in "a whole cow." Finally, we can see that there is no morphological marking for the accusative case in the nominal system of English. "A cow" is "a cow" as a subject and as a direct object.

From this single simple example we could extrapolate a whole bunch of information about the English language. Learning some examples like this at the start of the language learning process will then give us a framework for understanding the structural principles of the language when we learn them. For example, if you memorize a sentence like this early on, then learn the conditional, you would be able to say, "oh, so that example of could eat uses the conditional form."

This is where some commercial resources are really useful. They don't tend to explain the why's and wherefore's of the phrases they teach, but they tend to give little nuggets of the language that can provide some useful entry to the language. The danger, however, is when they avoid key elements in an attempt to skirt the complexities of the language.