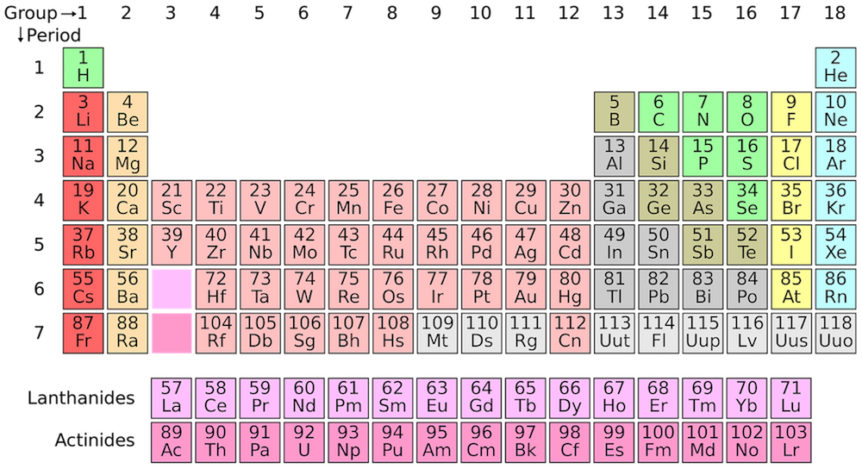 Last week I gave a short presentation at Peterhouse College, Cambridge along with Duncan Johnstone, a PhD student in materials science at Cambridge. Duncan, who has taken Linguisticator's courses, invited me to join him to provide an interdisciplinary look at the value of mapping as a practice and skill. As it sparked some interesting discussion, I thought I would summarize some of the key points here.

The other day was Dmitri Mendeleev's birthday. Mendeleev is best known for creating the periodic table of elements as we know it today. One of the most amazing features of the original periodic table - as Duncan pointed out in his presentation - was the number of missing elements. By arranging the elements according to atomic structure, Mendeleev was able to posit the existence of several other elements not yet known to science. Most of these have subsequently been found, including four additional elements as recently as last year.

The periodic table is a map, a distillation of complex information into an artificial form that performs two key functions: first, it allows us to see patterns otherwise not visible, and second, it gives us a framework to explain the complexity of a subject to a non-expert. When Mendeleev put the elements into the periodic table, the gaps became evident in a way that would not have been nearly as clear as if they had all been presented in a single disorganized list. The structure also reveals certain similar traits among elements in different columns within the table. All this allows an expert in chemistry to explain the different elements to beginners in a way that can be understood.

A map is an artificial distillation. It reduces information to the point where patterns can be easily recognized and understood. This is the real value of a map. We must understand that the map is not the same thing as the object it maps. At a certain point, too much detail within a map renders the map useless.

Several people have remarked upon seeing our maps for the first time, â€œThey're like periodic tables for language.â€ With language, mapping as an exercise is very similar to what's described above. It takes an expert (or group of experts) to be able to distill a language's structure to expose the underlying patterns. When we start breaking elements of language into their component parts, patterns start to emerge even within the most irregular pieces. The irregularities of verbs in Romance languages are not completely random as they may first seem, but fall into set patterns of their own. German nouns are gendered according to patterns of ending and usage. Arabic verbs - which seem infinitely complex - fall into patterns of root changes and affixes that stretch across forms and conjugations. By mapping, order emerges from apparent chaos - an order that was there all along, but impossible to see without the map.

The process of creating a map of a language is time consuming and difficult. Were we to just map the main patterns of a language, it could be done in a matter of weeks; but the real value of the map is that it is exhaustive. This allows us to put boundaries on the language for beginners and explain the complexities in a framework that can be easily understood. Did you know there are only seven words in the English language today that form their plural like toothÃ teeth? Did you know that there are only 32 feminine strong nouns in German and all the rest behave according to a single weak pattern? Or that feminine nouns account for more than 50% of nouns in German, so by learning 33 nouns, you have learned more than half of the nominal system? These kinds of details are eye-opening, and cannot be discovered or known without someone first going through the laborious process of mapping.

As a skill, mapping can be applied to a range of disciplines. It requires you to first understand a vast terrain, an entire field of study. Then, you have to come up with a framework for your map - like a projection system for the world. With the framework in place, you have to fill in the details and make sure everything lines up correctly. As your map takes shape, you will recognize patterns that can then inform changes or additions to the map itself that will make it clearer and easier to use. Finally, you can share the map with others and impart knowledge to others in a fraction of the time it took you to discover it.

One of the key benefits of mapping lies in the sharing of knowledge; you never know whom you may affect by your work. In the audience at the talk at Peterhouse was a young man who looked familiar. He approached me after the talk and introduced himself. Several years ago, I ran a free Icelandic reading group online that was attended by people from all over the world, from Sweden, to Australia, to the UK. This young man had attended as a teenager and had asked me for advice about getting into Cambridge. Years later, here he was: a second year student in engineering at Cambridge. â€œYou were a big influence in me coming here,â€ he said. So, mapping's benefits certainly extend beyond the process itself and include the interactions it creates between people!