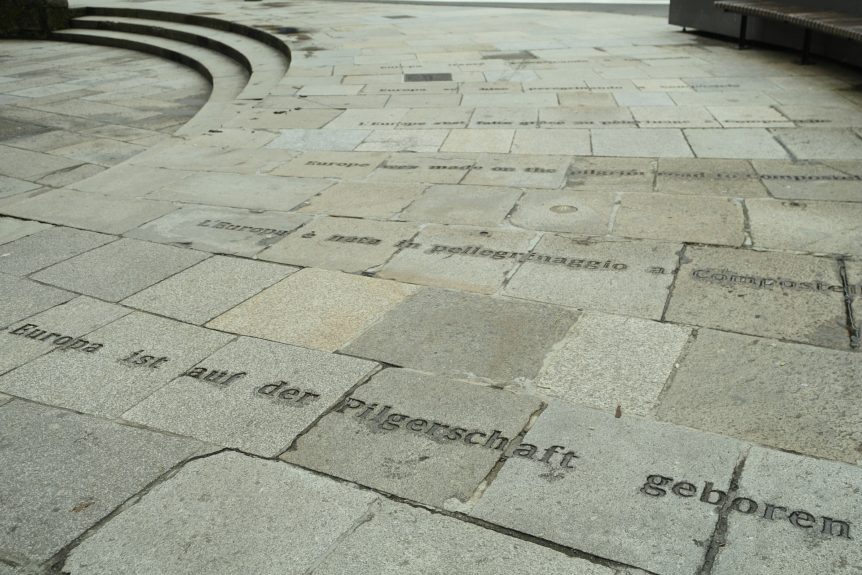 In April 2018 REGA-UK was launched and announced that their first event, celebrating the Day of Galician Literature, would be held in London on 13th May. According to the event description, the aim of this new group is to promote and offer a wide range of Galician cultural activities in the UK. Their celebration in May certainly looks set to start moving in this direction as soon as possible - there will be music, games for children, a short film screening, a poetry reading, workshops and the traditional 'foliada', a coming together of traditional Galician instruments, dance and song. If you are interested in finding out more about the event, you can do so by clicking here.

REGA-UK, however, is not the only association in the UK seeking to share and promote Galician culture. The Galician Film Forum, a London-based group, have been organising Galician film screenings since 2015 and the Centres for Galician Studies in Oxford, Bangor and Cork organise regular events too. There is an active Facebook group for Galicians who move to London called Galegos MorriÃ±entos en Londres and another for those who live in Oxford. You can find a bit more information about each project below.

The GFF was founded in 2015 when a group of Galicians living in London decided to do something to make Galician cinema more accesible to those living in the UK. On their website they note that prior to their first event it was hard to watch Galician films without using pirate copies or downloading them from the Internet. They have a specific interest in Galician creators who live in the diaspora and support their work as much as possible. They also see themselves as ambassadors of the Galician culture and language and as such hold bilingual events where films are screened in Galician with English subtitles and presentations are given in both languages as well. You can find out more about the GFF and their events here.

This Facebook group, with over 2,500 members as of May 2018, was created as a social and cultural club for Galicians who had moved to London. It is a decade old now and will celebrate ten years of bringing Galicians in London together at the REGA-UK event this month. The aim of the group, according to the short bio on Facebook, is to 'celebrar a nosa galeguidade en Londres' which roughly translates as celebrating that which makes us Galician in London. Like the Galician Film Forum, this group has an international outlook - the bio says members feel attached not only to Galicia but also to London and the rest of the world. If you are interested in reading more about the group, you can do so here. And if you'd like to find out where the adjective 'morriÃ±ento' comes from, you can read our blog post on the nostalgic feeling of 'morriÃ±a' here.

For those interested in Galician music who live in Oxford, there is a meeting on the last Wednesday of every month in the city centre where bagpipe players, singers and dancers all come together to share and celebrate Galician traditions. Members of this group took part in Oxford's May Day celebrations this year and sung a Galician song 'O Maio' in front of the Bodleian Library.

The group travelled to London for their fourth session and you can see a clip from the evening below:

This centre was founded in 1991 by Dr John Rutherford with the support of the Xunta de Galicia and was the first academic institution to offer Galician Studies outside Spain. It can be found in the University of Oxford's Queen's College and organises a wide range of cultural and research activities. You can find out more about the centre here.

Centre for Galician Studies in Wales

This centre was established in 2006 and is currently directed by Dr Helena MiguÃ©lez-Carballeira. According to its website the centre's research activity spans Galician literature and politics, comics and banda deseÃ±ada, RosalÃ­a de Castro, exile, migration and translation studies. If you'd like to read more about the centre, you can do so here.

Created by Professor David Mackenzie in 1998, the Irish Centre for Galician Studies describes itself as 'one more port on our nautical charts, one of the doors leading to the marvellous worlds of our legends, a 'lay-it-down-pick-it-up route' between Galician and Ireland'. Its current director is Dr MartÃ­n Veiga and it gives students and faculty at University College Cork the opportunity to learn more about Galicia. To find out more about the centre and its current range of events, please click here.

If we have missed any Galician cultural associations in the UK, please let us know and we will do our best to add them as quickly as possible! In the meantime, we hope you follow some of these initiatives on their social media accounts and perhaps join one of their events soon.