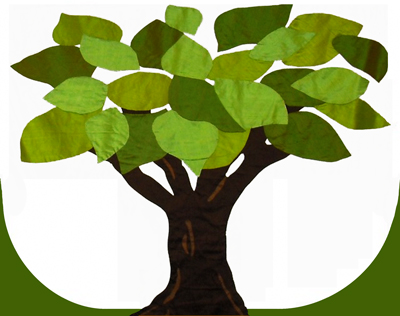 Earlier this year in March it was announced that there would be a new language museum opening in Washington DC. As reported in Quartz, Planet Word is set to open in the U.S. capital in the winter of 2019 and was conceived by Anna Friedman, a literacy and education advocate. Conscious of falling literacy levels and the fact that fewer and fewer people are subscribing to newspapers, Friedman perceived a threat to democracy and set about creating this interactive museum to change this. The introductory blurb on the museum's website highlights that the overarching ethos of the space is defined by the fact that the strength of democracy depends 'upon having a literate population that can understand and address todayâ€™s complex issues'. The site of the museum will also host a working language research lab where visitors will be able to take part in a range of studies, details of which can be found in the Quartz article here. In her conversation with Lila McLellan for Quartz Friedman reveals how she considers Planet Word to be long overdue and while its specific configuration may be unique, there have been several language museums scattered across the world in the past and there are also ongoing projects that disseminate and promote language in this way, some of which you can read about below.

Established in 2008, this museum is currently in a developmental phase and not open to the public. On their website they state that their mission is 'to inspire an appreciation for the magic and beauty of language' and it was in 2008 that they launched a competition for the very first International Flag of Language which you can see in the header for this post - you can read more about the contest and the meaning behind this flag here. The museum's collection is now available online, but if you'd like to get a sense for what the museum was like when it was open to the public, there is an interesting article available on the Washington Post here.

Six years old, the Canadian Language Museum was established 'to promote an appreciation of all of the languages spoken in Canada and of their role in the development of this nation'. It creates multiple travelling language exhibits that tour Canada and these have include topics such as Canadian English, the Inuit language, French in Canada and Cree. More information about the museum can be found here.

Opened in 2011, Wortreich was Germany's first interactive language and communications museum. As detailed on the Goethe website, visitors were able to discover more about binary code, how a language emerges and how language preservation works, all thanks to 80 interactive stations. Perhaps most interesting about this museum is that it is designed like a book and tells the story of a young boy called Konrad over the course of 11 chapters - read more about this design here.

An Arts and Humanities Research Council project, Multilingualism - Empowering Individuals, Transforming Societies, announced in September 2016 that they would be creating the UK's first ever National Museum of Languages. Initially designed as a pop-up that will appear in Belfast, Edinburgh, Cambridge and Nottingham, the museum, according to Principal Investigator Professor Wendy Ayres-Bennett, seeks to 'give people a chance to reflect about questions around multilingualism, identity, and diversity, and about their own language skills.' For more information about what will be available at the pop-up museum, there is a detailed run-through of the different events, workshops and outreach activities planned on the AHRC website.

Located in Beenleigh, this museum aims to record and promote the knowledge of South East Queensland, particularly the Yugambeh language. They host many initiatives to do with cultural and educational exchange which you can read more about here.