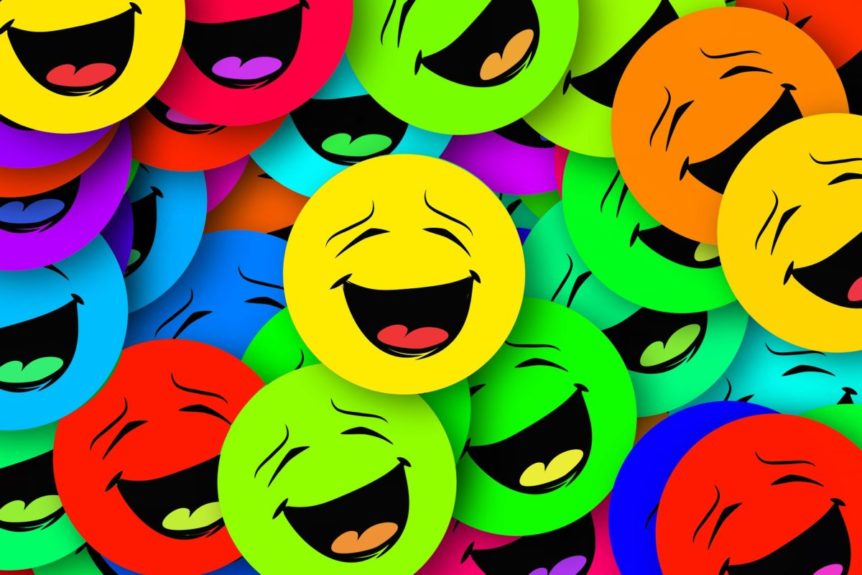 When I first started Whatsapping my friends in Spanish, I was convinced that every time one of them sent me a 'jajaja' message, it was a typo. H and J are right next to each other on the keyboard and it made sense to me at the time that people were missing the H key and hitting the J one by mistake. A couple of weeks after receiving my first 'jajaja' I decided there was too much 'jajaja'-ing going on for it to be a coincidence and resolved to work out why. I quickly realised I had foolishly been thinking that people the world over spelt laughter in the same way, that 'hahaha' was 'hahaha' no matter where you were and no matter what language you were speaking. Thankfully my mistake was quickly corrected and seven years down the line, I am proud to call myself a fluent laugher in English, Spanish and French.

I was recently reminded of my first foray into the world of online laughing when I stumbled across a Reddit post on the different ways people express laughter when they're writing it down. I then found a great post on Buzzfeed and another on The Atlantic, and was amazed to find the way we express we're laughing in written form is influenced by so many different things, from trying to put laughter into letters onomatopoeically to abbreviating words which already mean laughter and making them into something more appropriate to text speak.

Below are a few of the examples I've found of just how different laughing can look. It is by no means an exhaustive list, but it will certainly give you a flavour of the world of online laughter.

Arabic doesn't have short vowels so only needs the Ù‡ (h) for a 'ha' to be conveyed.

Onomatopoeically this is what laughing sounds like in English. Check out Sarah Larson's extremely witty article in The New Yorker for a detailed breakdown of what it means if someone writes hah, haha, hehe, hahaha to you.

The French H is similar to the English H, but where French and English differ is in how they LOL. In French, LOL is MDR (Mort de rire = literally, dead from laughing).

The letter ×— is pronounced 'kh' so lots of ×— in a line means lots of laughing!

Interestingly, the vowel comes before the H here, but it is still onomatopoeic.

The Kanji character for 'laugh' is pronounced 'warai' in Japanese. This was eventually shortened to W and now the more you're laughing in Japanese, the more W's you add to your message! A survey from iShare Inc. showed that out of 472 Japanese-speaking Internet users, over 60% thought 'www' meant someone was laughing while 40% recognised it as meaning 'world wide web'!

This comes from ã…‹ã…‹ã…‹, keu keu keu, which is the English equivalent for 'hahaha'.

An abbreviation of 'risos' (laughters), this is how you'll sometimes see Portuguese speakers laughing online.

In Spanish, the H sound for laughing we have in English sounds like their J, hence why it's 'jajaja' and not 'hahaha'.

Asg is an abbreviation of asgarva, which means lots of laughter in Swedish.

The number 5 in Thai is pronounced 'ha', so Thai-speakers will often write a string of 5's if they want to convey that something made them laugh.