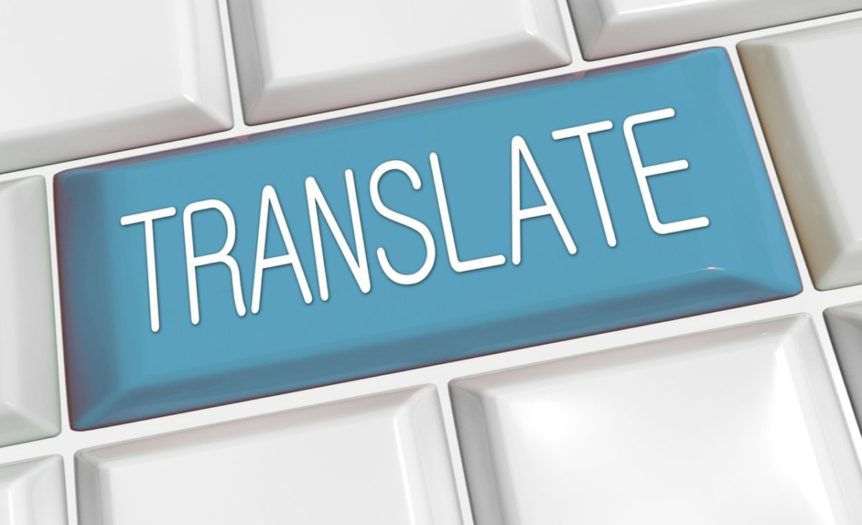 This week's blog post comes from Aniello Attianese at Language Reach. Aniello comes from Pagani, Italy. He speaks English, Italian, French and German fluently and is on his journey to mastering Swedish. He currently works for Language Reach as a project manager. In his spare time, he enjoys travelling and good music as much as he enjoys talking about languages.

Someone once said that 'To speak another language is to possess another soul' â€“ a short sentence which is strongly engraved into my memory and which accompanies me throughout my language learning journey.

Being able to speak a foreign language is a truly remarkable ability. It'll allow you much more than just asking for directions or a dessert menu during your holidays. Speaking another language will also let you understand different cultures on a much deeper level and experience matters which a monolingual speaker may never be able to experience.

Additionally, due to developments in technology, it is now easier than ever to communicate with a person based on the other side of the world and it isn't surprising that people take full advantage of this. Naturally, businesses which want to grow now target international markets. Nevertheless, a successful international expansion simply cannot be completed without communicating with potential customers in their native language. For that reason, a language skill is nowadays something of a 'holy grail' for employers. Quite frankly, businesses prefer to employ people who are able to speak at least one foreign language as this helps not only in day-to-day activities, but also in long-term prospects.

In fact, a number of people use their language skills to make a living. Professionals, such as translators or interpreters, work across a variety of industries, including legal, marketing or medical, helping people and businesses to communicate more efficiently. Having worked as a professional translator myself before joining a translation agency as an account manager, I had the pleasure to experience first-hand just how difficult it is to really succeed in this industry. Indeed, translating goes far beyond simply being able to speak another language and conveying material word-for-word, and so now I'd like to share my experience with you and show the differences between learning a language for personal use and learning a language for professional use.

One of the main differences between learning a language for personal reasons and for professional use, for example, as a translator, is the fact that in order to be able to officially translate you must have a legally recognised qualification. On the other hand, a person who learns a language simply to communicate with friends or family or to be able to converse while on holiday can use a number of different sources, whether it's the internet, books or group classes. A language learner for personal use does not need to have any certified credentials or complete strict exams in order to be able to use their language skills. Once such a learner is confident enough to speak the new lingo, the world is their oyster.

Professional translators must however complete many years of education and complete specific, challenging exams just to be able to register as a linguist. Most of the translators our agency works with have completed either a full language-related degree or other widely recognised qualifications, such as that offered by the ITI (Institute of Translation and Interpreting).

Learning a new, foreign language for personal use is fun. There's no need to speak it fluently before you can go ahead and enjoy your newly acquired skill. Nevertheless, being an official translator requires you to go much beyond 'only' speaking fluently. In many cases, there may be a word in the source language which simply does not have a literal translation the target language. Being a professional translator obliges you to distinguish and substitute such words without losing their meaning, which in many cases could affect the entire translation project!

A number of business clients who get in touch with our translation agency require translations for a specific sector, whether it's marketing, legal or technical segments. This consequently requires us to provide a translator who is not only a native speaker of the target language, but also has first-hand experience and knowledge within the specific industry. On the other hand, people who learn a language as a hobby do not have the pressures of using expert knowledge while communicating with others, which makes it relatively easier than using complex jargon and lingo specific to an industry. A translator's job is to make communication possible, and so if the document to be translated is highly technical, a professional linguist will have to be able to explain the difference between bolts and screws or explain in detail how solar energy really works.

Last but not least â€“ responsibility

Being a professional translator carries a lot of responsibility. A great example of this could be translating a medical document. In such case, a qualified and accredited linguist takes full responsibility for accurately translating names of medicines, medical treatments, drug elements etc. Also, a translator working within the legal sector must fully understand the jargon and legal terms used, such as high court language, and how they differ from one legal system to another.

As you can see, being a professional translator takes much more than just being able to speak two languages, even fluently. When beginning your journey with a particular language, you should have a clear idea in mind as to why you're learning the language in the first place â€“ whether it's just for fun and as a hobby or for a professional use at your current or potential job. This will allow you to choose the optimal path from the very beginning, which later on will allow you to learn the language more efficiently.