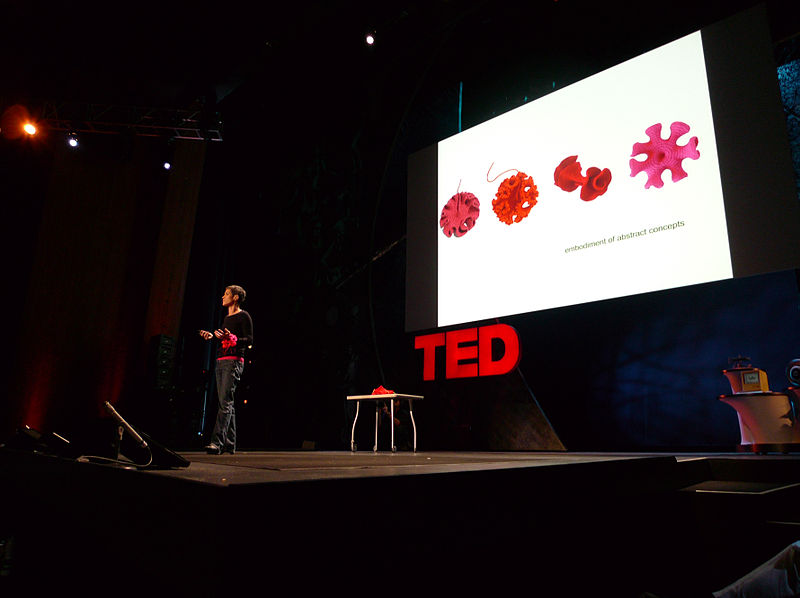 Last week saw me hit play on my first ever TED talk. I had heard so many good things about the site, but hadn't yet taken the plunge myself. Since last Tuesday, I've been completely hooked. The site is really quite incredible â€“ you can search by topic, language, duration and even key word to find talks that match your interests.

For me, one of the most exciting things about the platform is how open to all of the world's languages it is and I wanted to explore the opportunities this openness offers us as language learners in today's post.

On TED you will find talks in over 100 languages, making the site a linguist's dream and a real treasure trove for listening and comprehension practice. Thanks to the help and commitment of a team of volunteer translators and transcribers, you can activate subtitles in the language of your choice on TED and you can also track exactly what the speaker is saying with the site's interactive transcript function.

The TED translation and transcription community work together to provide the TED audience with a learning experience that is open to all and not limited by the languages we can or can't speak. TED actively recruits volunteers to subtitle its talks and 'enable the inspiring ideas in them to crisscross languages and borders'. There are currently 24,082 of these translators who together have produced 97,381 translations in 113 languages. Each translator/transcriber is credited at the bottom of the video they've worked on, proving the hashtag #namethetranslator is fully adhered to at TED! And just to give an example of the sheer range of languages TED talks are available in, you can find 3 talks subtitled in Lao on the site, 3 in Latgalian, 1 in Latin, 359 in Latvian, 585 in Lithuanian, 2 in Luxembourgish and if you'd like to watch Stephen Hawking speak with subtitles in Klingon, that's also a possibility on TED!

The cool thing about TED and its approach to languages and subtitling is that if a talk is subtitled in a language, it counts as being in that language. For example, if you're looking for a talk in French, the talks that flash up aren't only those that were originally delivered in French, but also all those that have been subtitled into French. It's a very interesting approach to language, accessibility and subtitling, and one that I am fully in support of. However, it does make it somewhat tricky to find a talk originally delivered in the language you are learning. Nothing is impossible though and I've been looking into ways you can hunt down talks that were given in your choice of language â€“ Google searches for 'TED Talks in X language' often give good results or alternatively you can check out this post published on the TED blog which compiles TED talk playlists for different languages.

In terms of using the subtitle and transcription functions to enhance your language learning, you can choose to view the subtitles or transcription in the language you are learning as a way to consolidate vocabulary. If you're a native English speaker watching a talk given originally in English and you want to improve your Spanish, why not search for a Spanish subtitles option and turn them on if available? The interactive transcript function on TED is particularly interesting for language learners as it provides us with ready-made exercises for practising the language we're focused on. Armed with the transcript and the subtitles on a video in our native language, we can test our vocab skills and really enhance our knowledge of the language we are learning.

Once you find a TED talk in the language you're learning, then there are even more opportunities for learning. You get the added benefit of listening practice and can get to grips with honing your accent in the language you're working on. The subtitle function means you can follow along in English if that's your native language and you could choose to follow the transcript in the speaker's language too.

I'm excited to have discovered TED this week and am looking forward to finding more ways of using the platform to improve my language skills. I'll be sure to report back here if I come across any more ways of using TED to help with language learning.