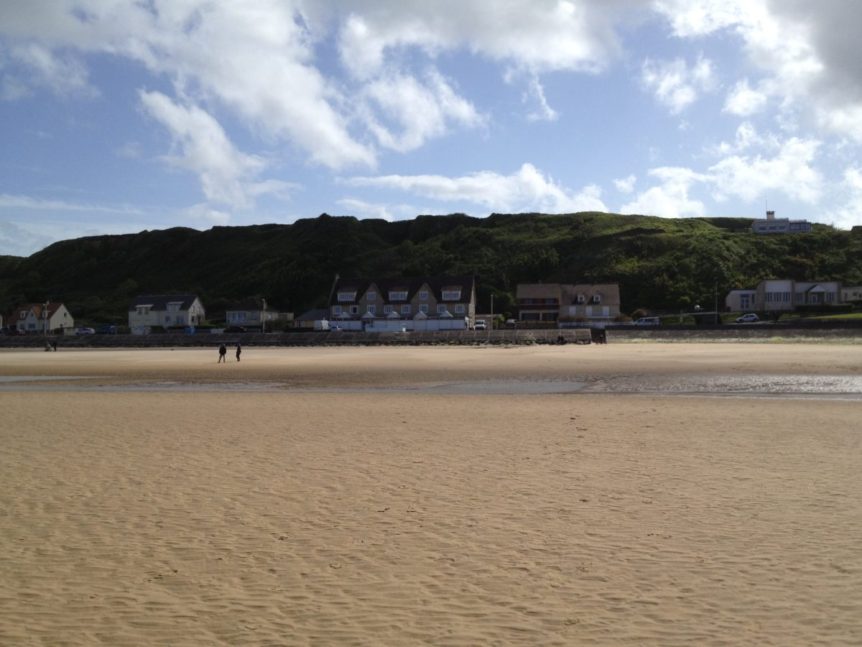 This Friday is the 70th anniversary of the D-Day invasion at Normandy that marked the turning point of WWII. Through the rough seas and foul weather, thousands of Americans, Canadians, and Brits landed at the beaches of Omaha, Utah, Gold, Juno, and Sword while paratroopers jumped in behind enemy lines. The greatest initial challenges fell at Omaha and in the flooded fields where paratroopers were set to land.

The low cloud cover had made it impossible for allied bombers to take out the gun positions along the beach at Omaha. In order to avoid hitting fellow allied troopers, bombers delayed the release, but thereby also missed the German defenses. Omaha was pre-sighted, and the Germans were ready and waiting when the American forces landed. The landing was a bloodbath, resulting in thousands of casualties within hours. Yet wave after wave of sea-sick American soldiers kept pouring onto the beach until the defenses were pierced and the Germans ousted from their gun positions.

Omaha tends to get the most press, with good reason, but the losses incurred by the paratroopers were also great. The Germans had flooded the fields inland, so when the paratroopers landed in what were supposed to be open fields, they found themselves splashing into deep water. Weighed down by heavy equipment, and with three-point parachute harnesses that were very difficult to release, many of the paratroopers drowned in the flooded fields.

For me, ever since I was a young child, the stories of WWII and particularly those of D-Day struck a special chord. A few weeks ago, I had the opportunity to go to Normandy for the first time and see the battle sites and cemeteries of both the Americans and the Germans. It is hard not to get emotional when looking out across the field of thousands of tombstones beneath which lie the young men (and a handful of women) who died stopping and then reversing the advancement of one of the most powerful forces of destruction the world has ever known. Tombstone after tombstone, the dates of death are all within a span of roughly two months.

Seeing Omaha beach itself was also a very powerful experience, and helped me make a kind of personal peace with the stories that I had found so haunting since childhood. In the wake of the trip, I spent some time watching interview accounts of both Americans and Germans on YouTube. The Americans seem to look back with a sense of having been blessed to have survived, yet sad at the loss of their friends and brothers in arms. The Germans who were at Omaha, however, seem more tragic, as though they were cursed to have remained alive with the memory of what they did that day.

Omaha Beach seen from one of the German gun positions.[/caption]

Many of the Germans serving on the Atlantic Wall were young men who were well-mannered, courteous to the French citizens whose land they had possessed, and patriotic to their country, but not necessarily bought-in to the grotesque extremes of Nazism. In one of the interviews I watched, an American paratrooper describes being captured by the Germans.* He notices an officer carrying an American Colt 45, and turns to his buddy to point it out. The officer hears him and responds in perfect English. The captured paratrooper, Bill Coleman, is astonished and starts speaking casually with the officer, who, it turns out, had gone to university in America. Bill is thrown off guard by the officer's English â€” they speak the same language. When asked what he is doing here, the officer replies, "Fighting for my country, the same as you."

This tiny tidbit of Bill Coleman's account echoes other vignettes in his narrative where he questions the point of his fighting these other young men, so similar to himself and his friends. The instant disarming nature of the German officer's English, though, is very important and ties in with what we are working passionately on here at Linguisticator. Captured and in fear of death, Bill Coleman's guard is completely dropped momentarily by just a few words of his own language. It is much easier to fight against an enemy you don't understand, an enemy with whom you cannot speak; but when you both speak the same language, when you can both greet each other in familiar ways and joke and laugh together, it becomes much harder to pull a trigger.

Let us never forget the sacrifices of those who fought at D-Day and in the months thereafter to free Europe from Hitler's destructive grasp. Let us also remember to know our enemies and speak their language lest we forget their humanity and our own compassion.

*The full interview with Bill Coleman can be seen here.