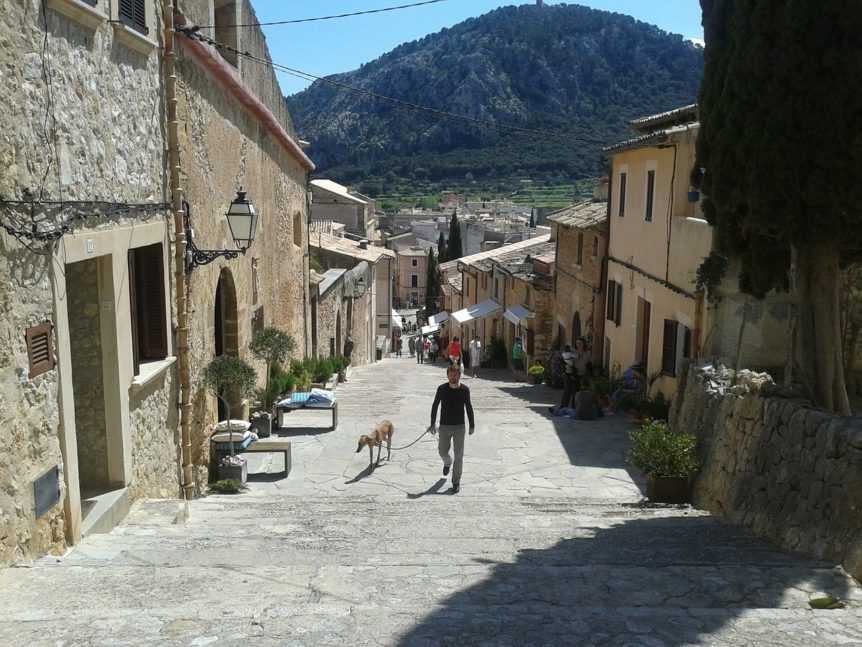 Every summer thousands of tourists flock to the Balearic Islands for their summer holidays so we thought that now was a good time to delve a bit deeper into Spain's language policies and see how these are applied on this Mediterranean archipelago. If you'd like to read more about Spain's approach to co-official languages, we published a post a few months ago which will help to contextualise the following information about the Balearic Islands; you can find it here.

While Catalan's official status is recognised today, this has not always been the case. The Universitat Oberta de Catalunya reminds us that during Franco's dictatorship the use of Catalan was banned and the only official language was Castilian Spanish; they go on to say that in spite of this ban Catalan was the sole language used for social communication during this period and that it was only with the advent of mass tourism to the Balearic Islands in the 1950's that Castilian Spanish started to be heard more regularly.

Under the protection of the Statute of Autonomy, in 1986 the Language Standardisation Law of the Balearic Islands was passed. This law set out measures to promote Catalan across the Balearic Islands and had several objectives as listed on Euskadi.net: 1) to foster usage of Catalan in the Administration, 2) to guarantee knowledge and usage of Catalan in educational environments, 3) to promote Catalan usage in the media and 4) to raise awareness of the importance of knowing and using Catalan. The standardisation law, therefore, saw Catalan introduced in schools, government and institutional communication channels.

Perhaps what is most interesting about the Catalan used on the Balearic Islands, however, is that while it is very similar to the Catalan of Catalonia, it is slightly different according to the island on which it is spoken. The UOC suggest these variants came to be because of the low level of knowledge of written Catalan, the fact that Catalan was banned officially for many years and the high level of familiarity people living on the Balearic Islands have with Castilian. These factors, along with others, have given rise to mallorquÃ­, spoken on Mallorca, minorqui, used on Menorca, and eivissenc, found on Ibiza. The Generalitat de Catalunya also recognise a fourth variant, that of Formentera, which they translate into English as Formenterean. The Generalitat de Catalunya group these variants together as Balearic which they define as one of several geographical varieties of Catalan that include north-western, Valencian, central, northern or Roussillon, Balearic and the dialect of Alghero in Sardinia. For an in-depth linguistic analysis of the forms of Catalan used on the Balearic Islands, please see JosÃ© Luis Blas-Arroyo's notes here.

While Minority Rights suggest that in the Balearic Islands there is a slight preference for Castilian Spanish when it comes to writing, the language you are most likely to hear on the streets is the local variety of Catalan. In 2004 the Generalitat de Catalunya estimated that 74.6% of people living on the Balearic Islands could speak Catalan and 93.1% could understand it. When compared with a figure of 66.7% at the beginning of the 1990s, as published in JosÃ© Luis Blas-Arroyo's chapter on Spanish and Catalan in the Balearic Islands, this marks quite a considerable increase. Blas-Arroyo notes that Catalan use can be higher or lower depending on the area of the Balearic Islands you are in, with Ibiza and Palma de Mallorca having much lower levels of Catalan use than Menorca and the inland communities of Mallorca. Interestingly, according to the Generalitat de Catalunya, many of the people that move to Catalan-speaking areas are keen to learn the language and try to do so.

In terms of education in the Balearic Islands, the language of instruction seems to be split fairly equally between Castilian Spanish and Catalan. The Minority Rights website found that half of nursery schools on the Balearic Islands provide Catalan as a language, but very few use it as the language they teach in, that both Catalan and Castilian Spanish are compulsory subjects at various different educational institutions, and that around half of all university lectures are delivered in Catalan. This split between Catalan and Castilian Spanish may well derive from the decree of 'minimal requirements' passed on the Balearic Islands in 1977 which, according to Blas-Arroyo, meant that at least 50% of all subjects taught had to be delivered in Catalan.

If you do find yourself on one of the Balearic Islands this summer, make sure to pay attention to the different ways Castilian Spanish, Catalan and local variants of Catalan are used on the island. This might be tricky to work out immediately, but a good place to start is by looking at road and shop signage where you might see multiple lines of the same text translated into different languages. If you are going with some knowledge of Castilian Spanish and Catalan then you might find that you are able to recognise some words that are different and these may very well be part of the local variant of Catalan spoken on that island.