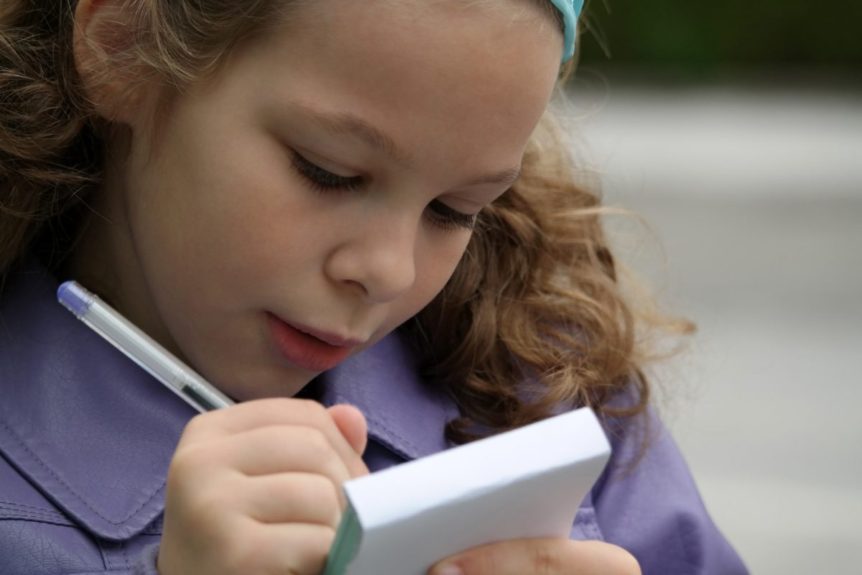 Over the last few months, we have been running some initial trials of our memory techniques with dyslexic children. We have done so in response to two key questions we've received from users of our memory course online: 1) How do these memory systems work with children? 2) How do they work with people who have dyslexia? The results so far have been amazing.

Many of the initial sessions involved exploring the best approach to introducing memory techniques to children (and often their parents, as well). Eventually, it became clear that a simple exercise with numbers was the best starting point. There are only ten digits, as opposed to 26 letters of the alphabet, so it is easier and faster to demonstrate memory techniques with numbers than it is with letters and spelling. Also, numbers are even more abstractly symbolic than letters - letters at least form words, words with which these children are already familiar.

Absolutely every child (and I have worked with close to 20 children so far) has been able to learn at least one telephone number within their first session. Unlike most of us, however, these children are able to repeat the phone numbers as easily backwards as they are forwards. Perhaps most impressive, however, is the fact that after a week, two weeks, or even three weeks without any enforced review, these children have retained their 11-digit numbers perfectly.

Some of these children have been capable of doing much more than just a single phone number in their first session. One 14-year-old committed two phone numbers and the spelling of the word beautiful within the first hour. That's 31 random pieces of information from his perspective. Considering his baseline spelling of beautiful included two non-consecutive Ts and ended in -lly, this is particularly impressive. What's more, he could repeat both numbers and the spelling of beautiful backwards as well as forwards. When asked, â€œWhat's the 7th letter of beautiful?â€ he was able to answer straight away â€œF.â€

With several children I've had multiple sessions, and it has been a pleasure watching the rapid progression. With one student, we set up a memory journey for the chapters of Jane Eyre. This young woman was struggling with memory of all kinds - but she loves to dance. So, by converting the chapters of Jane Eyre into elaborate dances and placing them along her route to school in the morning, she was quickly able to learn the trajectory and plot of the novel.

With another child, we set up a mnemonic system for spelling and in the process stored the alphabet in a Macunx. This 11-year-old boy with dyslexia was then able to repeat the alphabet backwards and forwards, and tell me that the 13th letter of the alphabet was M and the 19th was S. We were then able to build on this system to master the spellings of several words he'd struggled with before.

All of this is exciting for many reasons, but there are two key benefits immediately worth mentioning. The first should be obvious: by using space and image instead of text and number, we eliminate the medium of learning that challenges those with dyslexia. In other words, we can provide these children with a means of learning standard curriculum material without relying on textual and numerical materials. What's more, the spatial and visual systems play to the creative strengths of these children and allow them to organize information in a way that affords complete retention and recall - beyond that of typical non-SEN children.

So, at the very least we can equip dyslexic children with the tools and techniques to be able to learn all the material necessary for academic and later professional success. They may forever struggle with textual and numerical information - but they have a way around it. There is a second benefit of this training that I am still exploring and keen to test further: will textual and numerical information itself become more accessible to dyslexics with proper training in memory techniques? In other words, can we reduce or eliminate the confusion posed by texts through proper memory training?

One of the things I've observed is that many of these children have developed their own systems for spelling words and writing them down. They spell words incorrectly, but often with a high degree of consistency. When reading a text with proper spelling, they then have to process each word as though seeing it for the first time - the system in their own heads does not match the universally agreed system of how things are actually spelled. This disconnect causes confusion, and it is relentless confusion as the two systems remain separate. If we can change the active production of spellings through spatial memory techniques, will such a change in the children's active system positively affect their passive recognition and comprehension of words while reading? Initial results would suggest this is possible. If we can crack this, it will be game-changing.

In addition to the gain of knowledge and the retention of information, there are some pretty incredible changes in attitude that I've observed. Memory techniques involve using the things you know and enjoy thinking about to learn subjects you struggle with or don't like. For most of these children, learning is an uphill battle, a chore they're subjected to. Because of their difficulties in processing textual and numerical information, they often feel dumb, unintelligent, and as though school and learning are wastes of time. That changes quickly with memory techniques. One session in particular stands out.

It was one of the rainiest days I can remember in Cambridge, and I had already been cycling around to various meetings and trial sessions. I was soaking wet and cold, but welcomed warmly by a mother and her 11-year-old daughter. A few minutes into the session, I was asking the young girl to come up with some rhymes for different numbers. When she couldn't do it, she broke down in tears, saying, â€œI'm just so dumb.â€ After a moment's pause, I got her to pull herself together and we pressed on, breaking down the meaning of rhyme itself and how to actually create rhymes. Of course, once she understood it, she was able to create rhymes of her own.

About 45 minutes later, this girl - who did not even know her own phone number or her mother's - could recite her mother's phone number perfectly both forwards and backwards. It was clear and vivid in her mind, and she saw - perhaps for the first time in her life - that she was not stupid and could actually learn. The change in attitude just within this one session was incredible.

With other children, there has been a steady improvement in attitude and presence. In many initial sessions, children have appeared â€œchecked out,â€ as though they've already given up hope on themselves and their potential to learn. By the third session, they are alert and present, and excited to use their imaginations to learn the next thing, and the nextâ€¦ It has been incredibly rewarding to see.

It is clear to me that 1) memory techniques work exceptionally well with children when they are guided through the process of using them, and 2) they can be an effective means of circumventing - and perhaps overcoming - the textual and numerical challenges posed by dyslexia. I'm looking forward to doing more testing over the coming weeks to see how the steady application of spatial techniques might affect and improve these children's ability to learn via textual and numerical information.