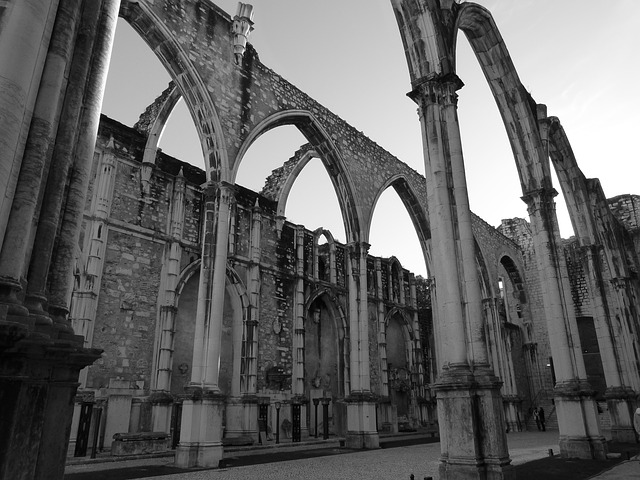 I have been reading a lot about memory lately and learning about the processes used by modern memory artists. I thought I'd share a few insights about memory and how memory techniques can be used for language learning.

Memory as an active tool often requires the use of mnemonics or memory hooks. On their own, however, these mnemonics are extremely limited in use. When placed within an organizational structure, however, they can become incredibly powerful. The structure is key. These structures usually consist of locations in a kind of mental journey, which can be a mental version of an actual journey.

I've noticed a distinct difference between the memory structures used by modern memory artists to recall decks of cards and lists of dates and the memory structures of medieval scholars, used to store and recall text-based material like the Psalms or epic poetry. Medieval scholars relied more heavily on grid systems and numerically-based structures than modern memory artists. While champions like Dominic O'Brien might have journeys of a particular number of stops (e.g. 52 stops for a deck of cards), the walk through a golf course has a very different feel from the grid systems described in medieval writings for memorizing the Psalms.

One thing remains common, though, and it is vitally important for the effective use of memory as a conscious tool: you must know how many stops you need in your journey. In other words, you must know exactly how many pieces of information you are going to need to store. Otherwise, things can get messy if you keep adding more and more. For this reason, using memory techniques to memorize random vocabulary is not particularly effective â€” it lacks structure and organization, the very components essential to memory.

I have often read about the â€œpotentialâ€ for using memory techniques to learn languages quickly, but never seen a convincing description of how. The reason is because a language is vast, and storing memories can be a time-consuming process. Do you just start with the dictionary and memorize thousands of words? What about grammar? Do you simply accept you need a journey of 100,000+ stops?

Memory techniques can be used effectively for language learning, but they require more than a knowledge of the techniques themselves: they require a knowledge of language. In order to use the techniques, you need to know how many pieces of information you need to store. In order to know that, you need a definitive map of the language: there are X number of noun declensions, Y number of tenses, Z number of constructions, etc. When you have a distilled version of the patterns of a language, you can then begin to construct the right structure for your journey.

One of the things I have realized through experimentation is that you need different memory structures for different things. Once you know what you need to commit to memory, you can begin to create an appropriate structure. There's nothing intrinsically better about one structure than another. A walk through a golf course may be perfect for a deck of cards, but less effective for memorizing the Aeneid, and viceversa for the grid systems common among medieval scholars. For a language, you need different locations for each part of speech. Within each location, you need separated locations for different declensions, conjugations, classes, genders, etc. Only with a language map can you create the right kind of nested memory palace for your specific language. And, while there will be commonalities among the structures for different languages, the design will change for each language.

Most people get very excited about memory techniques for language learning, but then begin applying them sporadically, most commonly to vocabulary and, more specifically, lists of vocabulary. I've never known anyone to follow through on this at scale effectively. It is a mistake for a few reasons. First, it is always better to learn vocabulary in combination rather than in isolation, so the value of lists is very limited. Second, active memory is a kind of expensive process. It takes time and effort, and you want to get the most bang for your buck â€” so, focus on the important stuff. Finally, vocabulary is pretty much endless, so it is difficult to plan an effective organizational structure for it unless you partition it first in a systematic way.

A couple of weeks ago, I decided to store the Hiragana syllabary of Japanese in one of the memory structures I was experimenting with. The syllabary is formed in groups of five letters, so I chose a structure with corresponding blocks of five. Even now, two weeks later, I can recall the order perfectly and can provide any letter number at will, from one to 48. I can recite the syllabary forwards and backwards, and even give you every other letter. All this is possible because of developing the right organizational structure for my memory. It's also something I can do now after an hour of messing around that I could not do after 10 years of classroom instruction in Japanese.

You might wonder why knowing the syllabary and the order is so important â€” so what? Well, for Japanese it's very important as most grammatical rules related to verbal endings have to do with the final syllable of the verb: what block of five it's in, and what the letters before and after it are. Beyond that, knowing how many spaces you have to fill in your memory helps you keep your rules and patterns organized and clear. The feats themselves are not important; the application of those feats is where things get really interesting and this is why I'm so excited to be putting together exactly the type of comprehensive language maps that will facilitate effective use of active memory in language learning.