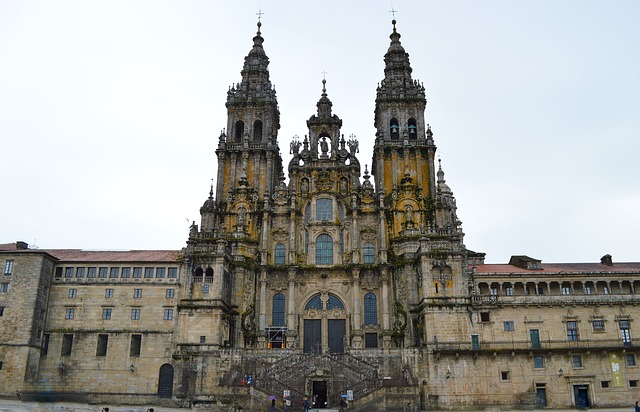 I have always enjoyed learning languages. Like most people who went to school here in the UK, the chorus of 'Ã‡a va? Ã‡a va bien merci' from French classes as a child is firmly engrained in my memory. However, my real passion lies in the languages that are spoken in Spain. I spent my summer holidays in Mallorca when I was younger and this is where everything began. I wanted to be able to talk to people and understand what was going on around me.

I started Spanish classes at school when I was about thirteen. On my next trip to Mallorca, I felt very pleased with myself and the simple sentences I could put together. My parents would ask whether I could understand what people were saying. The answer was a resounding no. As my Spanish became better, I was becoming more and more frustrated. Why weren't my grammar books telling me about all of these weird exceptions? Why were accents on words suddenly different? One day there was a note on our table reading 'taula reservada'. Very proud of and confident with my vocab skills, I was bemused. Why didn't it say 'mesa reservada'? Had I learnt the wrong word for 'table'? I asked the owner of the restaurant what was going on, keeping my existential vocab crisis under wraps. That's when I found out about Catalan and realised that my quest to be able to talk to people in Mallorca had only just begun. I was given the opportunity to learn Catalan at Cambridge and I count myself incredibly lucky that during my languages degree I was also able to go and spend a year living in Santiago de Compostela.

This is where Galician and the topic of this blog post comes in. If someone were to ask me to pick my favourite language, I wouldn't hesitate: Galician is a beautiful language with a rich literature, a varied history and a great culture. For me, it is also much, much more than that. It is the language of my friends and of their families. It is the language of the place that I called home for two years and it is the language that fills me with happiness if I overhear someone speaking in it when I'm out and about in London.

What is perhaps my favourite word not just in Galician but across all of the languages I know is morriÃ±a. MorriÃ±a is, according to my friends, something that makes you Galician and is impossible to translate into English. You feel it when you leave Galicia but know that you're going to feel it before you even leave. Perhaps the best social media manifestation I've found of this phenomenon is a Facebook group called 'Galegos morriÃ±entos en Londres', a group for people who have emigrated from Galicia and moved to London that boasts just under 2,500 members! Speaking to Galicians about morriÃ±a, it becomes obvious that emigration and morriÃ±a often go hand in hand. Indeed, morriÃ±a is often spoken about in the same breath as the emigration of thousands of Galicians to Argentina, Venezuela and Brazil in the early 20th century.

I think that RosalÃ­a de Castro's poem, 'AdiÃ³s rÃ­os, adios fontes', is a beautiful presentation of what morriÃ±a can mean to someone. RosalÃ­a de Castro, writing in the nineteenth century, was an important part of the Galician romantic movement, the Rexurdimento. In 1863, she published her first collection of poetry in Galician, Cantares gallegos. 'AdiÃ³s rÃ­os, adios fontes' appears in this collection. The poem is marked by a sense of longing and nostalgia - she lists exactly what she will miss when she leaves her homeland and wistfully bids farewell to all that she holds dear as she prepares to leave, unsure about when she will be able to return.

If we can't translate morriÃ±a into English easily, can we define it? I don't pretend to offer an elaborate definition here in this short blog post. I'm not even sure whether it is a feeling that can be put into words. However, I would like to mention some of the very specific things my own friends have felt morriÃ±a for in the past - the greenness of Galicia; the very specific (and very wet) kind of rain that falls in Santiago de Compostela and makes the city's stone buildings shine beautifully; the Galician caldo that just doesn't taste the same when you use water from an English tap and not a Galician tap... While I don't believe I have ever felt morriÃ±a for long enough to be able to call myself a Galician, I do remember gazing out of a car window at some trees and sighing because they weren't the same as the trees I had known and loved in Galicia. If this is what morriÃ±a feels like, then it can certainly hit you when you're least expecting it.

Coming across words like this is what inspires me to continue learning languages. In line with my love of Spain's co-official languages, Basque is next on my list.

If you have any thoughts on what it means to feel morriÃ±a, please leave me a comment below.