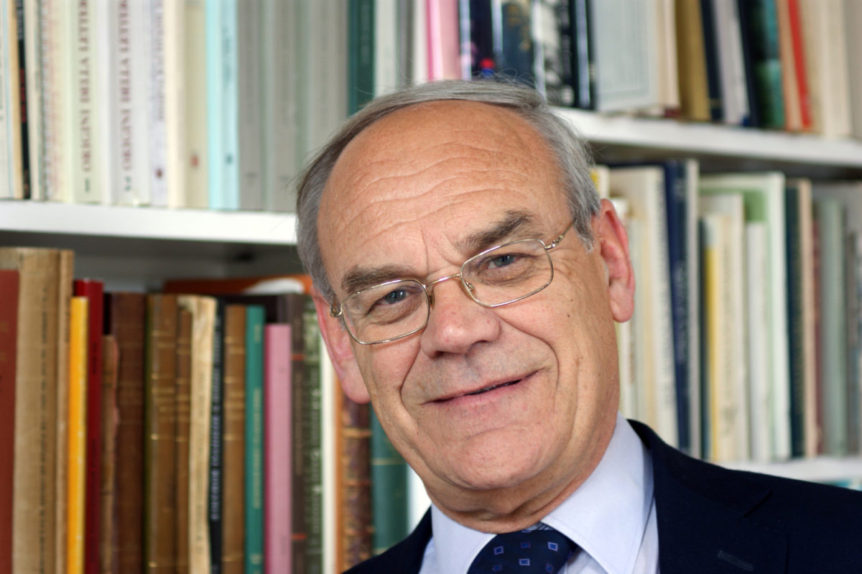 It has been said that the closest living heir to Ancient Greek is the Cypriot dialect. In your opinion is this true?

We have to ask ourselves first, 'What is Cypriot?' There is always the difference, as in any language, between that spoken in towns and that in the countryside. As well as regional varieties, there is a pan-Cyprian Koine that has grown up in the urban centres. Unlike Standard Greek, it places clitic pronouns after the verb, for instance, which is another remnant of Medieval grammar! Cypriot Greek is indeed a conservative form of the language, partly because it is on the margins of the Greek-speaking world, though.

And on that note, back to the point of contention: what is the difference between a language and a dialect? Do you believe Cypriot is a technically language rather than simply a dialect?

Cypriot has the potential to become a language, but it requires the will of the people to go for it: it would need its own grammar and dictionary. It would be a perfectly sensible thing to do, but to be able to claim they are descended from the Ancient Greeks (however problematic a claim this may be) is so ingrained into their cultural and ethnic identity, that they don't want to distance themselves from this. Of course, it also emphasises their difference from the Turkish Cypriots. Their ties with Greece are based on kinship, and all schoolbooks are in Athenian Greek, but there is no economic dependence. Cyprus realizes Greece has its problems, and it has its own, so a slight difference is worth maintaining.

In many ways, Greeks and Greek Cypriots are the same people, but there is a spectrum both culturally and linguistically.

Well, there will always be a certain amount of linguistic variation within any language amongst the places it is spoken. What other varieties of Modern Greek are there?

There are three areas where a more archaic form of Modern Greek is spoken: Southern Italy with its Griko language, the Dodecanese and Cyprus. There, there is gemination [doubling of consonants], to the extent that some verbs sound quite Italian. This is a separate debate though, surrounding whether the consonants are actually doubled, just lengthened, or even aspirated.

Likewise, Pontic Greek is a dialect that, unlike Cypriot, has never had a state in modern times! Going back to early 19th century Greek, there were lots of Turkish loanwords that people don't use now, partly through purification by the educational system. Still, some words persist, such as the Turkish cep for pocket being Ï„ÏƒÎ­Ï€Î· (tsepi) in Greek- it seems the Greeks didn't have pockets!

This is what I mean about a spectrum, though: no language is uniform everywhere it is spoken, as national boundaries are imposed, but linguistic borders are not. We can say the same about the Scandinavian languages: they don't suddenly change at the border, as in some southern parts of Sweden across the water from Denmark, the language spoken is much more like Danish.

Do you think bilingualism in divided communities (such as between Greek and Turkish in Cyprus) is a useful tool in reconciliation, or is it limited without the will of the people or the real need to mix?

There is already the basis for Turkish-Greek bilingualism in that the older generations [before the 1974 division of Cyprus] were bilingual to the point of managing in the other language, but today I don't know what it would change and what provisions there are for this to be brought about. Another helpful thing, though, is that in the case of Cyprus, both groups can watch one another's television. In fact, Turkish soap operas are very popular in Greece, where they are only subtitled, rather than dubbed.

A question I'll be asking everyone I interview is regarding that imprecise concept of fluency: in your opinion, what does it mean to say you really know a language?

This is difficult: it's not necessarily knowing as much as the native speaker, but knowing enough to operate on a daily basis. There must be some sort of test- perhaps pointing at something and asking the person to name itâ€¦ we know what we need, and we like to say, â€œSo-and-so speaks X language fluentlyâ€, yet it's so difficult to be precise. It makes a difference if you're in the country or not: if you're there, there's a whole lot of cultural baggage you'd be expected to know to be fluent, for example, where do I go if I break my arm?- A&E is the answer. If you're not in the country, then being able to converse without needing to revert to another language, and being able to talk around a word you don't know without asking how to say it, is perhaps the proof. Knowing the filler words like 'well' and 'so' can get you a long way.

Appearing fluent can sometimes be just as important as actually being it, I suppose! So finally, if Greek reopened at Cambridge, would you be interested in coming out of retirement?!

If it did, then I've done my bit so I'd just hope they'd find the right person!