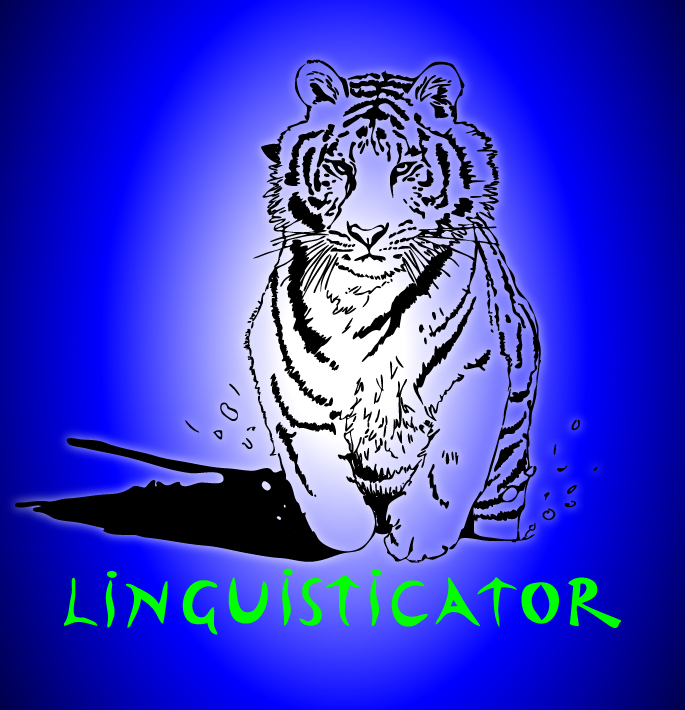 I didn't really have a particular job in mind when I began looking for employment for after graduation. I'd chosen to study languages at university because for me, being able to speak foreign languages, travel and immerse myself in different cultures was too valuable a gift to go through life without. So there I was, armed with French and Russian and two suitcases full of grammar books, with no destination in mind.

Whilst trawling through all the vacancies for various positions at different companies with the words (with Russian) hastily thrown into brackets beside the job title, I found a placement with Linguisticator advertised on our university careers page and my interest piqued. Linguist needed. Could there be a place for me and my suitcases yet?

It was great meeting Aaron and I could tell from the interview process alone that I was glimpsing a job opportunity that was full of learning and stimulation and I was excited by the idea of being one of the first on board to create language resources in areas where they were severely lacking.

Studying Russian at university, I often got frustrated by the gap in resources between absolute beginner and the academically advanced. For students like me, who had a good grasp of the basics, but weren't quite ready for the research papers of the senior staff, there seemed to be nothing accessible. When Aaron outlined his vision for a Linguisticator Russian course, I was excited. The course would take all those grammatical patterns that I had to spend hours finding and put them all in one place, on a map which would split the language into blocks, which could then be learned piece by piece to form a whole. On top of that, there would be video and audio accompaniments to the blocks, as well as handwriting and accent tutorials and cultural segments. I was all at once thrilled that this resource was going to be created and disappointed that it hadn't been there for my finals!

In the resources that already exist there seems to be a ceiling of learning; a certain point to which all textbooks take you, before deciding that a learner can't handle any more. These gaps include exceptions to the patterns, and morphological and syntactic quirks that the textbooks tend to breeze over as things that don't come up often enough to spend time on - except when you're in the country and those exceptions are all around you. Quirks in the regular patterns of language-learning can seem overwhelming, but limiting yourself and your knowledge of a language to "getting by" really detracts from the potential of engaging with a language at a deeper level. When I was in Russia, the locals could tell I was foreign just from my accent or the way I used sentences that were grammatically correct, but overall English-sounding. It's the quirks of a language that make it authentic and I found the textbooks available refused to acknowledge them in anything more than passing, making learning the language a stilted process whose unnaturalness was exposed outside of the classroom when I found myself in the working world of Korolyov.

I couldn't help but be impressed with Linguisticator's vision when it was described to me. Here was an exhaustive language programme that would take all those quirks, organize them and put them alongside the standard basics so that finally it would be possible to sound like a Russian speaking Russian, rather than a slightly bewildered Brit parroting textbook favourites. It's still a daunting task. Learning a language doesn't happen overnight, and developing a programme for one takes even longer. I'm thrilled to be involved though, because I know that the Linguisticator programme is something on a new level that doesn't underestimate the ability of learners to absorb and grow in a language. It makes you feel empowered as a linguist, when you know not only the "how's", but the "why's", and can take control of a language to not only get by, but truly engage.

Now I am here and my enthusiasm is only building. There's something immensely satisfying in taking a language apart, stripping it down, examining each piece and putting it back together with a gasp of "So that's how it works!". I'm loving my role as this language mechanic and can wholly see the benefits of learning a language in this manner. I'm not only learning more about Russian, but also about what a language looks like underneath all those set phrases, irrelevant bits of vocabulary and general pieces of clutter. It's rewarding to see a comprehensive and advanced programme taking shape that meets the needs of a serious student with a love for language and a desire to know it well.

All in all, it's wonderful to be working so directly with languages in a role which brings all those hours of language study at university to life, and to be in a place where people love coffee and the instrumental case as much as I do, as I'm sure they are few and far between! My suitcases and I are content.