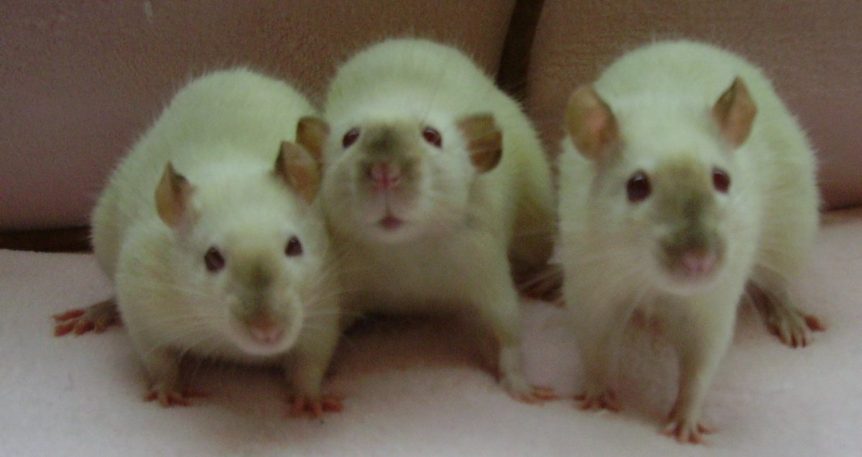 The other day, I posted a blog on how I managed to keep away from sugar during the insane workload of completing our Arabic program. While I have known â€” as most people know â€” that eating too much sugar is bad for you in several ways, it wasn't until cutting it from my diet completely for a couple of weeks that I realized just how strong an impact it has, both physically and mentally. In this post, I'd like to discuss an experiment, which you can easily try yourself if you are so inclined.

Studies have recently demonstrated that excessive sugar consumption not only leads to metabolic diseases like diabetes, but may also be a key factor in the onset of dementia and memory loss. Perhaps most notable is this study from UCLA, which demonstrated that rats fed a high-fructose diet over a 6-week period declined significantly in their mental ability and resulting physical ability to navigate a maze. (Other mentions of this UCLA study can be found in several places, including here and here). While I'd rather not go down the long rabbit hole that is nutritional pseudo-science, several of the properties of sugar have been well-documented, including its addictive nature. In fact, studies have shown sugar to be as addictive as cocaine. I'm not a doctor, nor involved in such research, but over the last year or so I have tested the effects of sugar on my own body, and learned a lot in the process.

My motivations for experimenting with diet are manifold. First of all, I think it's just a fun thing to do and something that teaches me about how my own body works. Secondly, I am interested in both physical health and physical training. I like playing sports and exercising, so my interest extends to how diet affects body composition and physical performance. Finally, I also find it fascinating how diet affects mental ability, energy levels, and sleep patterns. This inquisitiveness has led me at various times to cut each of the following from my diet: all dairy, meat, just butter, just cheese, grains, fruit, juice, all caffeine, just coffee, and sugar. Without any shadow of doubt, cutting sugar had the biggest effect on my body composition and mental functioning.

There are two aspects to cutting sugar that are difficult: the physical withdrawal, and the limitation of diet. To witness the drug-like effects of sugar on my body, I first had to remove it from my diet long enough for my body to go through withdrawal. And it is a withdrawal. The first few days without sugar are painful, physically and mentally. It's not until about the fourth day or so that it starts to ease up. Added sugar is completely unnecessary nutritionally, yet it's easy to become dependent on it. It's also in virtually every food available in stores.

To really test the proposition, I cut as much sugar as possible, not just "added sugar." This included things like fruit and milk. Even if you are only cutting added sugar, it will mean cutting bread, soup, and virtually all prepared foods, however savory they may appear to be. In the end, you are left with meat, fish, eggs, vegetables, butter, and cream. While I enjoy all these foods, I am lazy and hungry, and cutting sugar requires one to spend more time preparing and cooking food. This contributes to the mental challenge.

In the first few days, you might get jittery or have headaches. It amazed me how much of a withdrawal there is, especially since I was eating good and healthy food. I was probably getting more nutrients than before because of the increase in vegetables, but that didn't matter. It hurt. After a few days, though, the worst was over and I could spend another week getting my body accustomed to a diet without sugar.

I've cut sugar completely a few times now, and each time I'm impressed by the sudden drop in excess weight. It can be pretty staggering, as much as 12lbs in a week before things start to plateau. My understanding of this is that it happens for three reasons. First, your body stops storing as much glycogen, so you lose a good bit of water weight. Second, you stop generating as much insulin to counter the sugar, and insulin is a hormone responsible for fat storage. And third, and perhaps most importantly, it's a helluva lot easier to eat less. I simply stop feeling hungry, and it becomes easier and more natural to stop shovelling food into my mouth when I am actually full. Eating becomes a much more balanced activity, without the rush behind it.

So, what does all this have to do with language and memory? Well, so far, not too much, but the experiment is not over. After about 10 days, reintroduce sugar. Eat a big bar of chocolate or indulge in a sizeable quantity of cake or ice cream. Eat a good portion, but not more than you would have eaten before, while including sugar in your diet. The high is immediate and unmistakable. I never felt sugar did much for me until removing it and realizing I had simply become numb to its effects.

There is almost a rushing sensation through the body, as well as the mind. Thought and perception shut down, as you reach for the next bite of sugar. The concept of fullness disappears, and you hungrily and almost mechanically reach for more. While there is no doubt a pleasing sensation, there is also a strange mental fog that accompanies it. I felt unable to reach my memories as easily, less able to function, and less able to pull thoughts together. This sort of drunkenness lasted in principal for about an hour. I soon felt a heavy crash, fell asleep, and woke up feeling refreshed, but mentally cloudy.

The power of the experience was only perceptible after having cut sugar for long enough for my body to balance itself without it. Despite having consumed several hundred calories, I felt hungry within only a couple of hours, and â€” not surprisingly â€” craved more sugar. The addictive aspects are undeniable.

I have no plans to eliminate sugar from my diet forever; I have too much of a sweet tooth for that. That said, I'm much more careful now than in the past, and limit my consumption to certain days or times. I'm also much more conscious of added sugar in foods, because it is in virtually everything, from ketchup to chicken wings. Like alcohol, sugar seems to dull my senses and mental acuity, and having done the above experiment, I can see how longterm consistent consumption could certainly be a factor in the onset of memory loss and dementia. As learning and memory are important aspects of both my personal and professional life, I want to do all I can to preserve them and maintain both physical and mental health. Avoiding excessive sugar intake seems to be a key component of that.

If you would like to attempt the experiment I describe here (cutting sugar completely, then adding it back in to see its effects), make sure that you are physically fit to do so.You do so at your own risk â€” I take no responsibility! If you have a metabolic condition or some other ailment, this test may do more harm than good. Consult a doctor if you are uncertain.