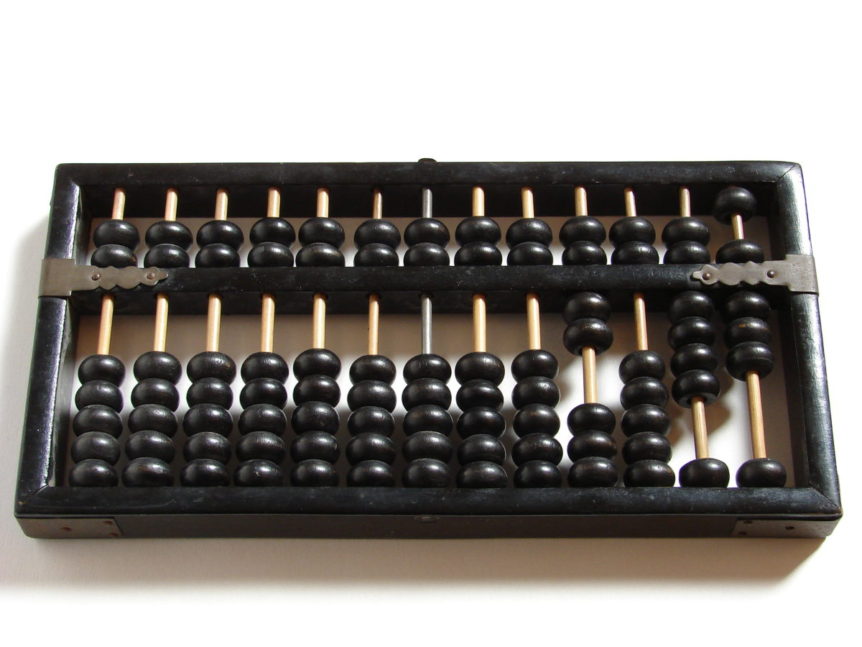 The way languages represent numbers is a fascinating topic in itself. The numbers 1-3 inflect for gender and case in Icelandic; the word hundraÃ° in Old English referred to what we now consider 120, based on an old base-12 grain counting system; quatre-vingts in French is literally â€œfour twentiesâ€; and some languages, like Oksapmin of New Guinea, have body-count systems that use the parts of the body as numerical designations. Old English actually had something similar for counting relatives, and one's cneomagum were close family, literally â€œknee-kinsmen.â€ Old English laws actually stipulate the illegality of marrying â€œwithin the kneeâ€ â€” in other words, you could not marry first cousins.

All of this is cool, and one could spend ages studying the ways in which numbers are represented in languages across the globe. I got very much into the subject in graduate school when writing on the Old English numeric system and its Babylonian equivalents in counting â€œshocksâ€ or 60 heads of grain. The Venerable Bede's hand counting system for using the fingers to count well up into the thousands is also a fascinating readâ€¦ But in terms of grammatical complexity, I would wager few languages could match Arabic in its classical form.

Arabic marks for two genders and three cases. Animate and inanimate objects are treated differently, and the rules of number agreement depend on animacy. Plural inanimates, for example, take the feminine singular in adjectival and verbal agreement.

This might start to make your head spin, but we're just getting warmed up. The numbers 1 and 2 are adjectives, and behave as such, following the noun and agreeing in number and gender. Seems simple. But then, there are also nominal forms of these that can be used in idafa constructs to create phrases such as, â€œone of the children.â€

The numbers 3-10 are nouns and diptote in declension (with the exception of 8). They take inverse agreement with the nouns they are counting. So, if you have a masculine object, you use the feminine form of the number, and viceversa. Yup, doesn't make much sense, but that's how it works.

Ok, so far, a bit tricky, but manageable with a good bit of practice. Once you get past 10, though, you start having combinations of tens and ones. The numbers 11 and 12, using the single digits 1 and 2, have normal gender agreement, both with the ones and with the ten. The digits 1 and 2 are in their nominal forms.

The tens (20, 30, 40, 50, etc.) are sound masculine plural in declension and don't change. Complexity is over? Nope. If you have 31-39, you have to account for the agreement of the ones digits, and the rules of regular or inverse agreement.

The process continues into the thousands, with each new numeric level taking on a new set of rules. The word hundred is feminine, so to make 300, the â€œthreeâ€ must be masculine in form to agree inversely with hundred, which is confusing, because you may have got used to basing the gender of ones digits on the counted noun, not another component of a compound number (here, the â€œthreeâ€ is counting the noun â€œhundredsâ€).

On top of all this, you have to learn how the nouns themselves are actually paired with the numbers. One object is in the singular, two objects are in the dual, and three to ten objects are counted in the plural. Eleven or more objects actually take the singular of the noun being counted, and the noun is in the accusative case (again the tamyiiz accusative). This covers the cardinals. Then you have the ordinals to worry about, as well as how numbers are used in dates, phone numbers, mathematical equations, measurements, designations of rulers, etcâ€¦

If all this makes you think it's virtually impossible to learn the numeric system of Arabic, take a deep breath and consider three things: 1) native speakers often make mistakes themselves, 2) all of it will be explained clearly and demonstrated through the Linguisticator Arabic course, and 3) you can master all of this content quickly with a well-formulated memory palace that accounts for the distinctions between numerical forms, declensions, genders, and agreements. Without a spatial memory system, it would indeed take a long time to learn such complexity; with one, however, you can master the entire system within a matter of days.