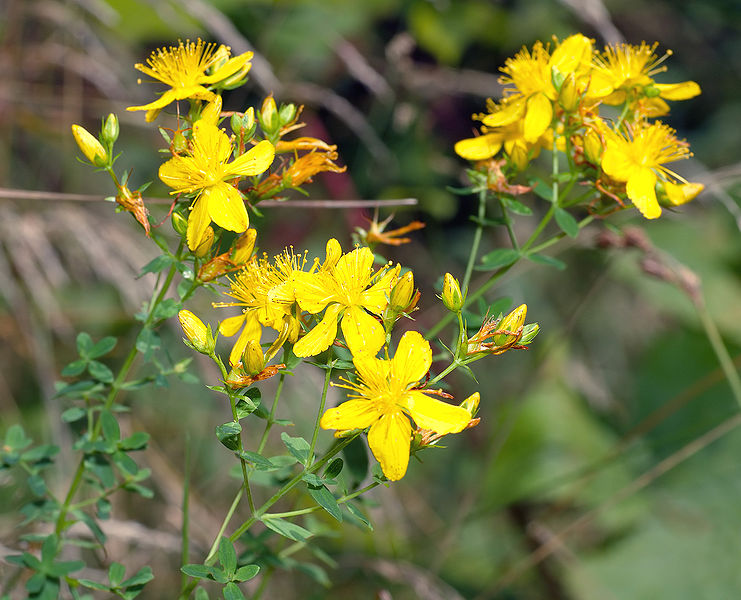 Just a couple of weeks ago, on the evening of 23rd June, people across Galicia came together to celebrate the Noite de San XoÃ¡n. Originally a pagan festival celebrated in honour of the summer solstice, its name now overtly references the evening's links to St John the Baptist; 24th June was the date adopted to commemorate the birth of this Christian figure who, according to the Gospel of Luke, was born about six months before Jesus. El PaÃ­s note that many people consider this festival to be the Christian version of pagan summer solstice celebrations. St John's Eve, the night before the commemorative Feast Day on 24th June, is celebrated all over the world, but this post is going to focus specifically on the legends and traditions behind the Noite de San XoÃ¡n in Galicia, an autonomous community in Spain.

The Noite de San XoÃ¡n is an evening of mystery and tradition in Galicia. While it is unclear exactly how many people believe in the rituals they partake in on the evening of 23rd June, photos published in newspapers the day after this year's festivities remind us just how popular this festival is; once more crowds of people filled the streets and beaches of towns, cities and villages across Galicia.

Lighting and jumping over bonfires

Perhaps the most iconic photos each year from St John's Eve celebrations in Galicia are those of the Praia de Riazor in A CoruÃ±a where hundreds of families and friends gather to light bonfires on the beach and spend their evening there. These bonfires are known in Galician as cacherelas and tradition dictates that you must jump over the fire in order to dispel evil spirits; the number of times one must do this is governed by local tradition, but always seems to be an odd number. In Vigo, for example, people jump over the fire nine times, while in other parts of Galicia the traditional number of jumps is only three. As revellers jump over the bonfire, they chant:

It translates roughly as 'I am jumping over St John's bonfire so that no dogs or any other living things that walk on all fours might bite me'. In their list of the nine traditional things you might like to do on St John's Eve, La Voz de Galicia note that you can also chant 'meigas fÃ³ra' to banish evil spirits as you jump over the fire. This tradition is obviously quite dangerous and each year many calls are made to the emergency services; this year, for example, El Correo Gallego reported that 250 incidents had been recorded across Galicia between midnight and 8am on the morning of 24th June, some of these incidents related to burns and others to fires that got out of control.

According to a series of different legends and traditions in Galicia, water gains magical properties on St John's Eve. La Voz de Galicia say that many believe if you swim in the moonlight on St John's Eve, then you will rid all negativity from your life and be healthy for the rest of the year. The same newspaper highlights another tradition that is particularly popular amongst women; every year women who want to get pregnant flock to A Lanzada beach in A CoruÃ±a where they jump over nine waves backwards in the hope that this sees them fall pregnant. The Mercado de la Cosecha blog say that the number nine is particularly prevalent on St John's Eve, noting that people all across Galicia, not just women on A Lanzada, jump over waves nine times to protect themselves from evil spirits.

There is no recipe for exactly which flowers and plants make up the herbas de San XoÃ¡n and it changes depending on where you are in Galicia, but what is common to many different parts of this region is that the plants and flowers are placed in water overnight and used as a face wash in the morning. The bunches of plants and flowers are then left out to dry and, as La Voz de Galicia reminds us, they are kept until the next year when they can be burnt on the bonfire. The kinds of plants and flowers included in each bunch differ depending on which Galician town or village you come from, but the Mercado de la Cosecha blog list the essential ingredients as fennel, fern, laburnum, St John's wort, mallow, rosemary and lemon verbena. These are all gathered together, with many markets across Galicia selling ready-made bunches, while some families make their own at home.

In Ourense, according to Galicia Terra, it is believed that if you place a chicken egg in a glass of water overnight, the form that appears on the top of the water the next morning will reveal the profession of your future partner.

La Voz de Galicia say that another way to scare away the witches on St John's Eve is to drink a queimada, Galicia's national alcoholic drink.

The Herbas de San XoÃ¡n serve many purposes and are the cornerstone of lots of different traditions on St John's Eve. While they are often placed in water as explained above, the Mercado de la Cosecha blog says that many Galicians also leave a bunch of these herbas under their pillow as they go to sleep; this is supposed to reveal to the person who is sleeping who they will fall in love with.

If you ever find yourself in Galicia on 23rd June, be sure to look out for the bunches of herbas de San XoÃ¡n on sale and hanging outside people's houses. In the evening you're sure to find restaurants and street stalls selling grilled sardines before the bonfires start and when the bonfires are finally lit, make sure to take care.