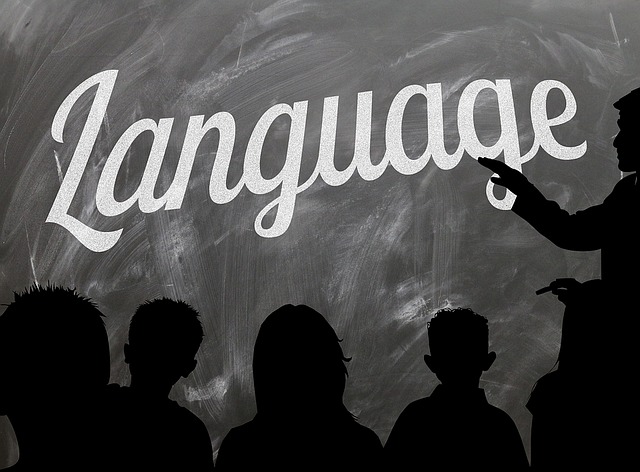 This week's guest blog post comes from Dr Sam Wolfe. Sam is a Romance dialectologist and historical linguist based at St John's College, University of Cambridge. He's interested in how and why languages change and asking how much varies and what is universal across human languages. He has particular interests in dialects spoken in Italy, the history of French and parallels between the Romance and Germanic languages.

Language learners come in all shapes and sizes, but we often have in common a certain sense of adventure and a desire to study and learn about things which are novel or unknown. At times this means we're tempted to ignore familiar languages on our doorstep in favour of those we view as more unusual, or even â€œexoticâ€. In this blog post I'd like to show that the Romance family of languages, descended from Latin, still have plenty of tricks up their sleeves to keep language learners on their toes.

Statements like â€œOnce you know Spanish, Portuguese is easyâ€ or â€œIf you've studied Latin, you really know Italian and Frenchâ€ will be familiar to lots of us from school classrooms. There's a grain of truth in these statements, particularly when it comes to the core vocabulary of the languages in question. To take two simple examples, consider the words for â€œlifeâ€ and â€œwolfâ€ across a number of Romance languages. All have a common Latin root and the outcomes we find today are strikingly similar, even if certain sound changes have meant they are not identical:

But when we start looking at the core grammatical structure of the language, we see that we can only push these ideas so far. Let's take one case study to illustrate this point: how we express events that have taken place in the past.

Anybody who has studied basic French at school, will remember (however distantly) that to express an event that took place at a particular point in the past you often use a construction known as the compound past, where a past participle (equivalent to English done, spoken, played) is combined with an auxiliary verb. This auxiliary verb is typically the verb for â€œhaveâ€, avoir. To express â€œI spokeâ€ or â€œI have spokenâ€ we therefore say j'ai parlÃ©. For a certain class of verbs, however, we use the verb â€œto beâ€ Ãªtre as an auxiliary. â€œI have arrivedâ€ is therefore not j'ai arrivÃ© but je suis arrivÃ©, which literally translates as â€œI am arrivedâ€.

At first glance, Standard Italian seems to have a similar system. We find ho parlato â€œI spoke, I have spokenâ€ formed with the verb â€œhaveâ€ and sono arrivato â€œI arrived, I have arrivedâ€ formed with â€œbeâ€. But even here we don't find exactly the same system. Certain verbs in Italian such as fugire â€œto fleeâ€, esistere â€œto existâ€ and sopravvivere â€œto surviveâ€ use essere â€œbeâ€ to form their past tense, whilst their French counterparts use avoir â€œhaveâ€. The take home message is that we can use our intuitions from the grammar of closely related languages to guide us in learning new ones, but we have to be a little cautious in applying them wholesale to a language that seems at first glance to be similar.

Elsewhere in the Romance languages, we find a wealth of different patterns which show us that the system found in Standard French and Italian is not the whole story. In Canadian and Maghreb French, Standard Peninsular Catalan, Spanish, Urban Neapolitan and varieties of Rhaeto-Romance spoken in the Engandine Valley the compound past is used only with the auxiliary verb â€œhaveâ€:

We also find the inverse type of system, which is unlikely to be familiar to those who've only learnt standard Romance languages. In the Offida dialect, spoken in the Marche region of Central Italy, â€œbeâ€ is used with all classes of main verb:

So far so simple? Perhaps. But there is yet more variation to be found. All the languages we've seen so far make use of a helping auxiliary verb which is decided by the type of main verb: verbs like arrive may take a different auxiliary to verbs like speak. If we look only at standard Romance languages we would think that all variation is determined in this way. In fact, we find a number of lesser-known languages which reveal even more intriguing patterns.

Consider Ariellese, a language spoken in Eastern Abruzzo in Central Italy. Here we have a system which at first appearances looks very similar to French and Italian. But appearances can be deceptive. We find, just like French and Italian, that either the verb for â€œhaveâ€ or â€œbeâ€ can appear with the past participle of the main verb. But the type of main verb is not what decides whether you choose â€œhaveâ€ or â€œbeâ€. Instead this choice is determined by the type of subject. When the subject is â€œIâ€, â€œyouâ€, â€œweâ€ or â€œyou allâ€, â€œbeâ€ is chosen. When the subject is â€œhe/she/itâ€ or â€œtheyâ€, â€œhaveâ€ gets used:

Romanian presents us with yet another type of system where the choice of auxiliary a fi â€œbeâ€ over a avea â€œhaveâ€ indicates a degree of doubt on the speaker's part as to whether the event took place:

Taken alongside each other Ariellese and Romanian tell us something important. What may look on the surface to be a pattern we are already familiar with can have quite different rules underlying it from one language to the next.

Considered together, the patterns we've observed here show very clearly that within their grammar Romance languages can differ more from each other than we might think. This small taster of the variation we find also demonstrates that to find a treasure-trove of different language structures we might think of as unusual or exotic, we need only look to the languages we find on our doorstep.