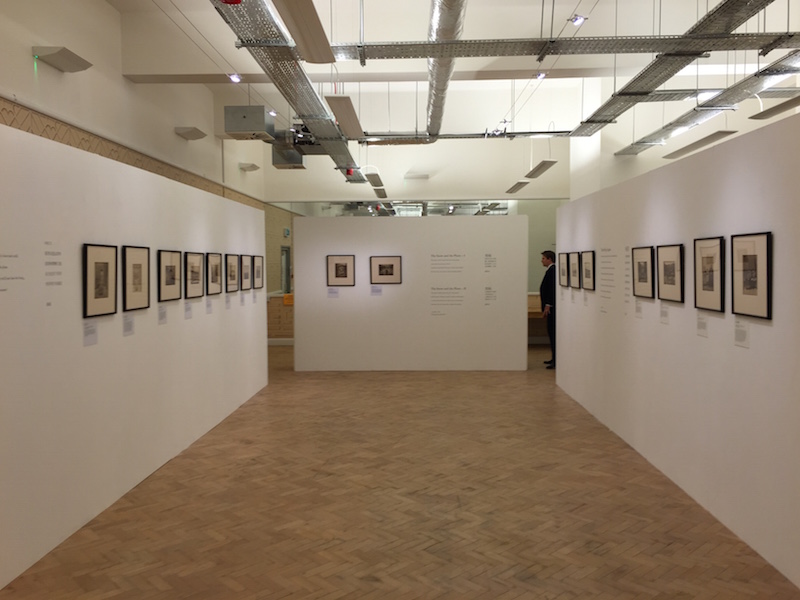 This past week in London, a small portion of a private collection of early photographs of China was on display at the China Exchange in China Town. The exhibit, curated by Stacey Lambrow, included roughly 30 of the earliest photographs ever taken of China. All were by British engineer and photographer Thomas Child.

As the curator, Stacey, is a close personal friend, I had the pleasure of attending both the private opening on Monday, as well as the collector's talk the following day by Stephen Loewentheil, owner of the collection. Both were exceptionally well-attended. In fact, on Tuesday, we had to scramble in the minutes before the talk began to bring dozens more chairs from another room to accommodate an unexpectedly large turnout.

The venue, which has not traditionally held events of this nature, was well-suited to the artwork as well as the crowd. Positioned in the heart of China Town, the event drew a diverse mix of people from all over the world. Some were collectors, some were photographers, some were Chinese historians, and still others were people generally interested in the event. The BBC published a very nice write-up of the exhibit.

On a personal level, I was incredibly proud of my friend Stacey for the incredible job she did in organizing and curating the show. I know she has been working tirelessly to get everything together for it, which has been particularly difficult as most of the work had to be done from the USA, where she is based. It was really rewarding to see how professional every aspect of the show looked and also how happy Stephen (the collector and Stacey's boss) was with the exhibit and the attendance.

Thomas Child was a British engineer living and working in China in the late 19th century. His photography of China has been relatively unknown. Unlike his contemporary photographers, Child chose to remain in China rather than return home and publish his photographs for instant renown. This meant that his own works went somewhat under the radar; it also means, however, that as a fluent Mandarin speaker and known resident in Peking, Child was able to get access to events and people his contemporaries were not. One particular photograph illustrates this best: a royal wedding portrait taken at the actual wedding. Most other early wedding photographs were actually staged for the purpose of the photograph; Child's photograph is from the event itself. Child's language skills no doubt gave him access to many things that otherwise would have been closed off to westerners at the time.

Last week was Asian Art Week in London. While down for this show of Child's photographs, I also managed to visit the Royal Academy to see the exhibit by Ai Weiwei. While I normally am not a huge fan of conceptual art, each of the installations in Ai Weiwei's exhibit were impressive constructions in themselves, even without reading the placard that explained what the pieces meant. Each was, however, also raw and sad, commemorating anything from deaths in an earthquake, to needless destruction by the Chinese government, to insane levels of surveillance. It is a poignant exhibit, and well worth a visit if you are in London and have the chance to see it before it closes on the 13th of December.