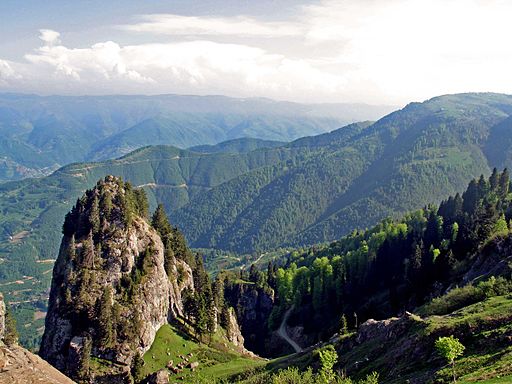 On the 6th December 2017 the Intergovernmental Committee for the Safeguarding of the Intangible Cultural Heritage voted in favour of inscribing an endangered whistled language from Turkey on the List of Intangible Cultural Heritage in Need of Urgent Safeguarding. As we read in the press release published by the committee, the purpose behind this list is 'to mobilize international cooperation and assistance to ensure that communities continue to practise and transmit their intangible cultural heritage.' The description provided on the UNESCO website at the moment is quite sparse and could be applied to many of the whistled languages we find across the world, so for this blog post we've decided to look into the language in more depth.

In an article published by the Times to mark UNESCO's official recognition of this language, we learn that it is some 500 years old, used by about 10,000 people and found in the villages of Giresun, northern Turkey. It is also in the same article that we see it named as a 'bird language'. This is, according to Natasha Frost in her overview of the language for Atlas Obscura, a direct translation of the name given to this language by those who use it. Frost notes that the number of 'bird language' speakers has dwindled and that the geographical spread its speakers once had is now limited to one village near the Black Sea called KuÅŸkÃ¶y. Frost, like many others, attributes the decline in the number of speakers to the increase in use of mobile phones as well as the fact that fewer and fewer young people want to learn the language, making the way the language used to pass from generation to generation more challenging than it once was. Anvi Kocek, the elected head of KuÅŸkÃ¶y, is quoted in a piece by Burak Akinci, saying that despite the impact mobile phones have had on their language, they are trying to keep the culture alive.

In terms of the language itself, the Daily Sabah explains that it is not a distinct language from Turkish, instead what it does is translate the Turkish language into whistles that can travel for up to 5 kilometres. Reaching a maximum frequency of 4,000 decibels, Turkey's whistled language can travel further than any others in the world according to the same article. Every year a Bird Language Festival is held to celebrate the language. You can watch a short video on this language and see some footage from their festival by clicking below:

Joining El Gomero on UNESCO's list of intangible cultural heritage, Turkey's whistled language accounts for the second addition of this kind and clearly reinforces the fact that UNESCO's definition of language is wide-ranging in its scope. Given the language has only recently been officially recognised by UNESCO as in need of urgent protection, it remains to be seen what kind of measures will be put in place over the coming months and years.