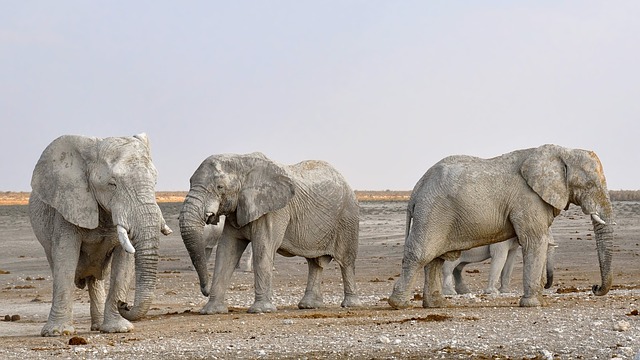 I just returned this morning from a little over a week in South Africa, the bulk of which I spent traveling through Kruger National Park with a couple of friends from Cambridge. The trip was excellent not only for the outstanding wildlife we saw, but also for the reflection it afforded on language. South Africa has 11 official languages. This includes Afrikaans, a descendent of Dutch and the newest Germanic language. I'm quite interested in learning more of this language, since I can understand most of it when spoken or written, though I have never studied it before.

While watching lions roar and monkeys play, I thought a lot about the origin of language. Language is what separates us from other animals. This is not to say that animals do not communicate; they do. All the time. But language is systematic communication; it has syntax and structure and allows us to speak about objects that are not physically present, as well as abstract concepts.

I thought about research into the human vocal system that facilitates our spoken language. Other animals don't have the an ability to produce such varied sounds as a human being can. But when my alarm went off on the last day in camp, a bird outside the tent sang the tune back almost instantly. "My God," I thought, "that bird just sang Timbaland" (my ringtone was set to "The Way I are"). Animals can make varied sounds, so it is not about the physical ability of producing sounds.

Even for animals who cannot produce many sounds vocally, there are other ways of creating language. As I was thinking about the Khoi-San languages in the north of South Africa, I realized that the vocal system could be completely irrelevant to language. The Khoi-San languages use clicking sounds. We could just as well use handclaps, sign language, or other forms of movement and sound â€” the point is, these sounds or movements have to be attached to meaning, and coordinated in a systematic fashion. Sounds can be differentiated by place of articulation, manner of articulation, voicing, length, tone, volume, rhythm, and other factors. Wherever there is differentiation, differences in meaning can be created. Animals can make a huge array of highly differentiated sounds; but they do not combine these into a unified system we call language.

Thinking about the evolution of mankind â€” thoughts partly inspired by reading about the "Cradle of Mankind" in South Africa â€” I pondered a good bit about what the first word actually would have been. It occurred to me first that it was probably not a word at all, but a morpheme, some sound that carried meaning. A cat's delighted purring, or a whine of hunger might be an example. Among these sounds might have been an alarm, a warning to other humans. These morphemes are isolated, however, and it is not until they start to be used as actual words to name things and actions that we can make out the beginnings of language. If different dangers required different responses, one can see how different warning signals could be created. "Ah! Ah!" might be a general warning, while "Bah! Bah!" might mean that there was an elephant rampaging. Eventually, "Bahbah" might refer to the elephant itself rather than the warning, allowing humans to talk about the creature when the creature is not immediately present.

But language is not about isolated elements. Instead, the system that unifies these elements is of critical importance. When morphemes start to refer to linking elements and elements that indicate temporality, location, case, number, gender, and other factors, that's when we really start to get language.

What makes human beings able to speak? It's not a physical gift, though we certainly make use of our vocal systems. I doubt we will find the answer in genes, but rather in deeper layers of science still.