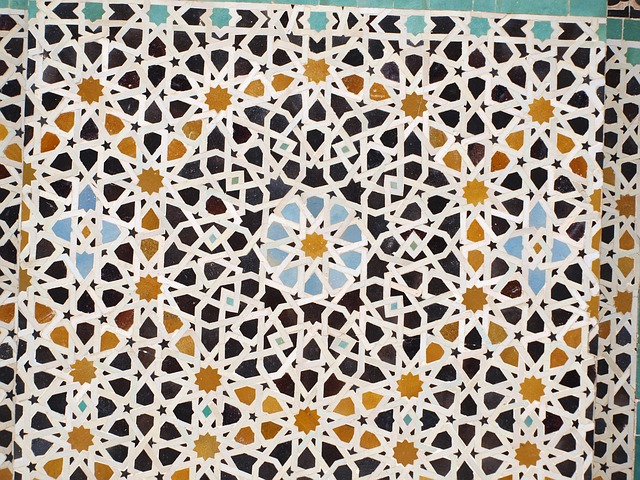 Well, it isn't really, but we have to deal with the misconception. There are two primary reasons:

On the first point, Arabic has an interesting structure that is borne out of the complex morphological structure of Classical Arabic. Modern Standard Arabic maintains some of this complexity, but the spoken variants have lost a lot of it. Morphological case marking, for example, is largely gone from the spoken varieties. Vestiges and anomalies in the spoken languages, however, can be explained by reference to the previous structural principles.

Because of the intricacy of structure, a systematic structural approach is critical for Arabic in a way that is not as essential for languages with structures more similar to English's, such as Spanish or French. There are not as many resources, however, that explain Arabic structure in a way that is clear and readily intelligible. One must use more advanced linguistic grammars and resources to grasp the structure quickly, and these are usually difficult to understand for the non-linguist. This is the first hurdle.

The second hurdle is the diversity of language variants that fall under the umbrella of "Arabic." Arabic is not one language, but several, united by a common source and heritage. This is similar to the relationship between Spanish, French, Portuguese, and Italian. The difference with Arabic is that even variants that are NOT mutually intelligible are called "dialects" rather than "languages." There's no set definition of what makes a language vs. a dialect. Norwegian and Swedish are largely mutually intelligible, but are called "languages" â€” there is a significant political element to the classification of "languages" as opposed to "dialects."

If one approaches Arabic with the mindset of learning several related language systems all stemming from the same core language, the process becomes much simpler. If you know Spanish, it's not as hard to tackle French and vice versa. But if you know Latin, you can quickly expand into any of the Romance languages with an understanding of why the languages are the way they are today. This is why it is good to start with an understanding of Classical or even Modern Standard Arabic. MSA may be slightly artificial now, but it will serve as both a lingua franca in the Arab world and as a gateway to the more localized "dialects."

The significant overlap between the Arabic language variants will play to your favor if you decide to learn more than one of them, provided you take a systematic approach. It may seem daunting to learn several "languages," but just get started with one, and you'll be able to build the systems of the others very quickly once you understand the core structural principles.