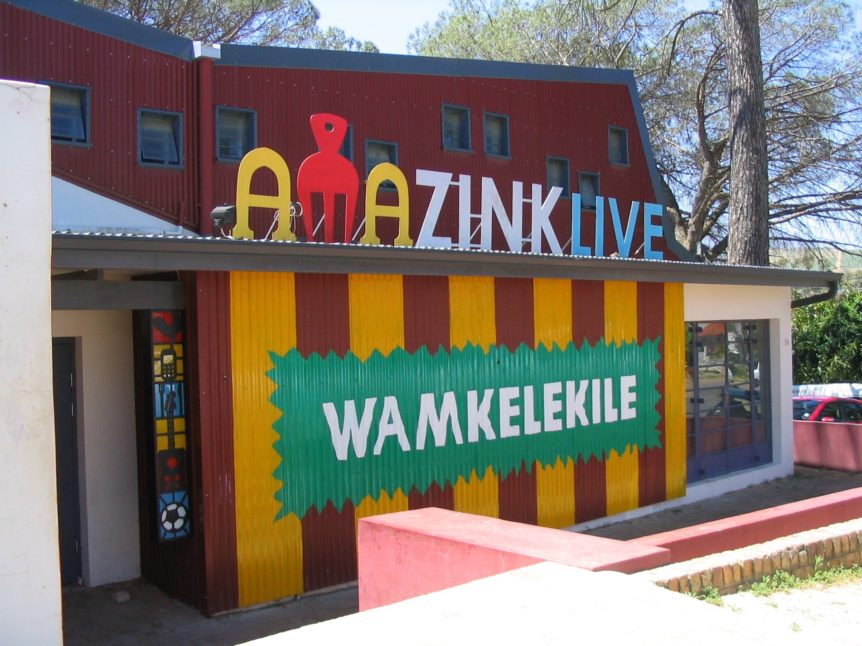 Before performing 'The Click Song' on Dutch TV in 1979, Miriam Makeba, a South African singer who often sang in Xhosa, told the audience how everywhere she went people would often ask her 'how do you make that noise?'. With a smile on her face, she says that comments like this would annoy her and make her think 'it isn't a noise, it's my language'. Makeba goes on to explain how she then understood that the question stemmed from people's lack of understanding, people didn't understand that Xhosa was her language. You can see the powerful clip on YouTube here.

Spoken by over 19 million people in South Africa according to Ethnologue's latest count, Xhosa is a tonal language that uses click consonants. It has three click releases, I (dental), ! (alveolar) and II (lateral), that can each be made in six different ways (plain, aspirated, slack voice, nasal, slack-voice nasal, glottalised nasal), making for eighteen different clicks in Xhosa - more information about this can be found here. The first six of these clicks are represented by the letter C and are dental clicks. The next six, represented by X, are lateral and made by touching the tongue to the side of the mouth. The last six are alveolar clicks where the tongue touches the roof of the mouth and these are represented by the letter Q. You can get a feel for all of these different kinds of clicks in this fascinating tutorial with Nelson Sebezela and linked below is a YouTube tutorial on how to pronounce the Xhosa lateral click, X.

Xhosa is named as an official language in the Constitution of the Republic of South Africa and has a wide distribution across the country. In their database dedicated to less commonly known languages, UCLA note that Xhosa is spoken widely in districts across Eastern Cape Province and Orange Free State, and also in the Transkei and Ciskei. However, rather than being confined to these areas, UCLA state that its reach extends across the country and is found in Petrusburg and in Oberhoizer and Westonaria. Omniglot note that it is also spoken in Lesotho.

In terms of language families, Wikipedia defines Xhosa as the southernmost branch of Nguni languages in South Africa; other Nguni langauges include Swazi, Northern Ndebele and Zulu. These languages are a part of the Bantu languages group and can sometimes be mutually intelligible. Indeed, the SA-Venues website notes that Xhosa and Zulu peoples frequently understand one another. The language has nine dialects, which you can find listed here, and according to Omniglot, it was in the early nineteenth century that Christian missionaries devised a system for writing Xhosa using the Latin alphabet.

UCLA highlight that Xhosa-speaking peoples have inhabited coastal regions of southeastern Africa since before the sixteenth century and that the origins of the language lie in encounters with Khoisan-speaking peoples and the adoption of their vocabulary and clicks. Indeed, for Omniglot, Xhosa click consonants are a direct result of 'long and extensive interaction between the Xhosa and Khoisan peoples'. The SA History website notes that as the Xhosa people moved westward, their language became influenced by Khoi and San words which contain distinctive clicks. About World Languages estimates about 15% of Xhosa vocabulary to be of Khoisan origin. More on the history of the Xhosa language can be found here.

Other interesting facts about the Xhosa language include the etymology of the word Xhosa which, according to the SA-Venues website, is derived from Khoisan language and means 'angry men'. Xhosa oral tradition is touched upon on the SA History website where we learn that Xhosa oral tradition tells how the first person on Earth was a great leader called Xhosa.

Standout moments of cultural and historical importance for the Xhosa language include the publication of the first Bible translation in Xhosa in 1859, produced in part by Henry Hare Dugmore, and the inclusion of a Methodist hymn written in Xhosa by the school teacher Enoch Sontonga in 1897 in South Africa's national anthem. You can listen to the hymn being sung at the beginning of a rugby test match between South Africa and England in June 2012 in the video below.

Miriam Makeba, the singer mentioned at the beginning of this post, also holds great importance in terms of Xhosa's history and its appreciation worldwide. In a career spanning the mid to late 90's, Makeba released several records in Xhosa. 'Pata Pata', released in 1957 and sung in Xhosa, was an international success, charting at No. 12 in the Billboard Hot 100.

The UCLA database touches briefly on education policy in South Africa as it relates to Xhosa. Xhosa is used in primary schools until Standard 2 and is then replaced by English. Universities in South Africa primarily use either English or Afrikaans, though Xhosa is taught as a subject for mother-tongue and non-mother-tongue speakers, as in the University of Western Cape in Cape Town. The Department of Xhosa at this university divides its commitment to Xhosa between Xhosa Studies, for mother-tongue speakers, and Xhosa Language Acquisition for non-native speakers.

Miriam Makeba realised that the reason why so many people asked her what 'noise' she was making was that they didn't understand the clicks were part of her language. To the untrained ear Xhosa click consonants can sound entirely foreign, however, we must recognise and appreciate them as part of a language rather than as 'noise'.

The cover image for this post is by HelenOnline and shows the entrance to the AmaZink township theatre in Kayamandi welcoming people in Xhosa.